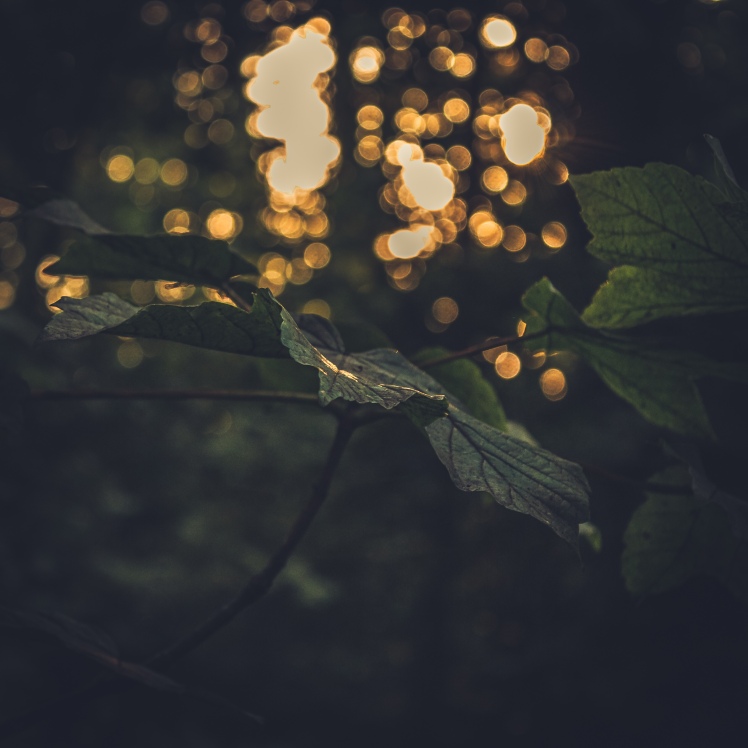 Really, the title should read “Not Brave Bokeh”. Today it’s been really hot in the UK, and as is often the way here, a big storm is forecast to hit tonight.

I am going to try and capture some images of it, and I did think I’d make it my photograph today, however I’ve chickened out!

The storm is due to hit around 11pm, which would leave me very short on time to capture, process and then digitally “develop” the images, and post here.

If the storm was due to hit around 10pm, I’d have risked it.

So, instead I walked out of our front door, crossed the road and straight into the woods.

There is no path there, and I instantly hit dense undergrowth, mainly consisting of bramble and nettles. I’ve been stung and bitten by at least a dozen different life forms this last few days…….

Anyway, I crouched down in the bramble, and took a few shots of the woodland, trying to catch the few rays of light that were making their way through the canopy.

I’ve taken photographs of woodland before, a few times, and often I’m not overly pleased with the results. It’s a bit like a big blue sky for me, it’s just a big blue sky, and sometimes woodland just looks like a big green mass of leaves stuff.

So, today I focused in closer to elements of the woodland, and the shot above was my pick of the bunch. The bokeh is a little blown out, but I really like the way it’s sat above the leaf, with just shadow below. It’s like the leaf if reaching for the last rays of sun light.

I also took a couple of images of Hollys hanging basket by the front door, it’s looking really lovely at the moment! 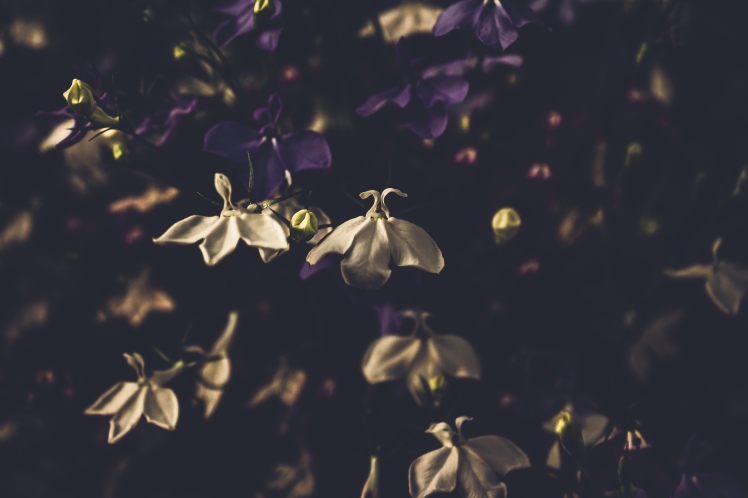 Learnings – I may regret not being brave, because I will try and capture the storm later, but we’ll see. I still don’t think I’d have time to get the images posted before midnight.

Photography wise, I didn’t take my tripod with me today, and crouched in an uncomfortable position in the undergrowth today, it was tricky to hold the camera still, an issue that was accentuated by having to run a slower shutter speed than I wanted to in the low light.

Necessity, as always, is the mother of all invention. Let’s hope the storms a good one……..