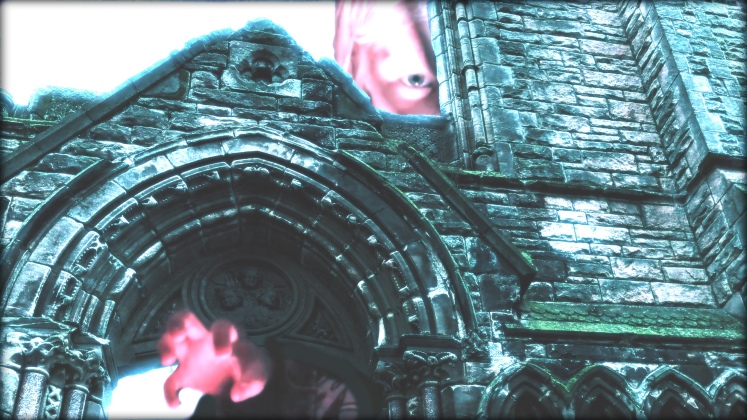 More fun with photography today; I’m sure this started out as a challenge, how did so much fun creep in!?

On a rather nondescript trip out with the girls to get some DIY supplies this morning, I stopped to take a picture of a local church ruin, where the grounds have been turned into some cool flats.

The plan was, as in the picture above, to capture a sense of old and new, the old church and the new flats. I did do that, as you can see, however when editing the shots I took, I kind of got carried away and thought I’d leave today’s post with the fun I was having running right through it.

Some of the pictures I took had nothing but church building in them, due to the very overcast blanket grey sky.

I do like these pictures; the contrast between the empty and full spaces, the smooth sky and textured stone buildings, however I guess I’m just a big kid at heart, and the old and new eventually came from the contrast of a giant Livvy peering spookily over the church ruins. I’d say you couldn’t write this stuff, but I guess I kind of have….. 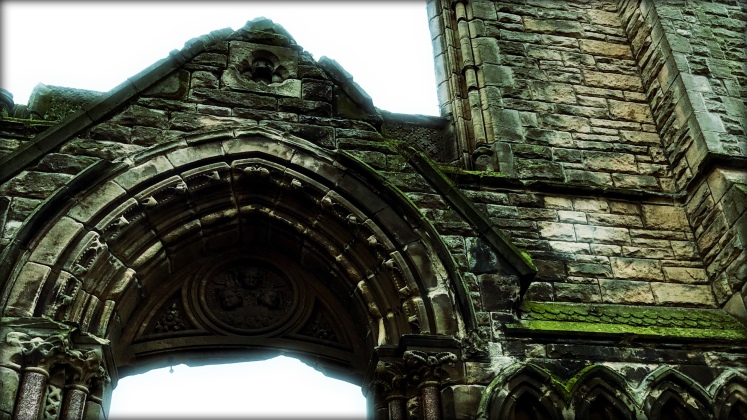 I hope you don’t mind my photographic mischief, some times I just can’t help myself!

Learnings – buildings aren’t something I’ve taken a lot of pictures of in the past, and although I literally pulled the car up and took these shots, composing them from my drivers seat (its residents only parking) I really took a liking to the texture of the stone work. In the future I’ll certainly be hunting some more accessible building textures to photograph, to see what I can capture.

Though only just begun, this is already the second time on this adventure that I’ve felt I was some where I shouldn’t be, and I hope that combined with my personal sense of adventure, it doesn’t eventually wind me up in jail for the night!

Finally, I’ve learnt to not hold back on my creativity, I’m just going to let it out and see what happens…………

Across Many a Bad Night