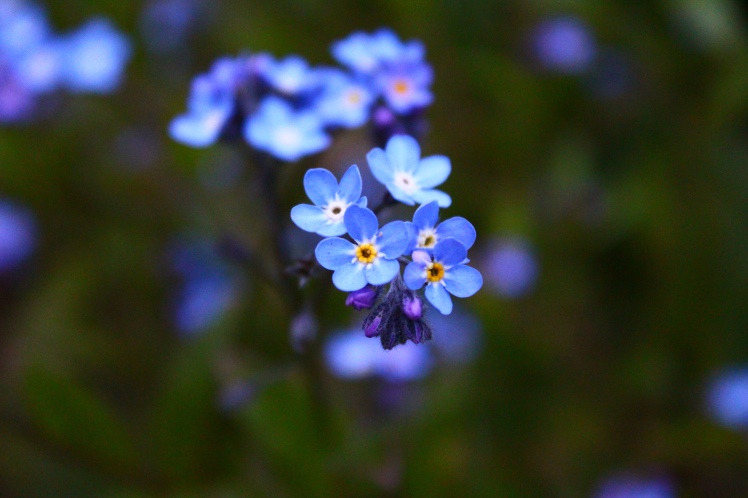 This evening I set off to take a photograph from the bridge, of the traffic whizzing past. Something I’ve photographed twice before, I know, including the very first photo in this adventure.

However, I wanted to see how different the shot might be with my new hardware.

I also wanted to go down into the wood across the road from our house, to a small brook and see what photographs might be down there.

I got a couple of good shots of the road from the bridge, and headed off to the woods.

I’d taken no more than two steps down the path through the woods, and straight away saw a sea of little blue flowers.

I took a few shots, from different perspectives and using different focal settings. they were quite mesmerising little flowers. 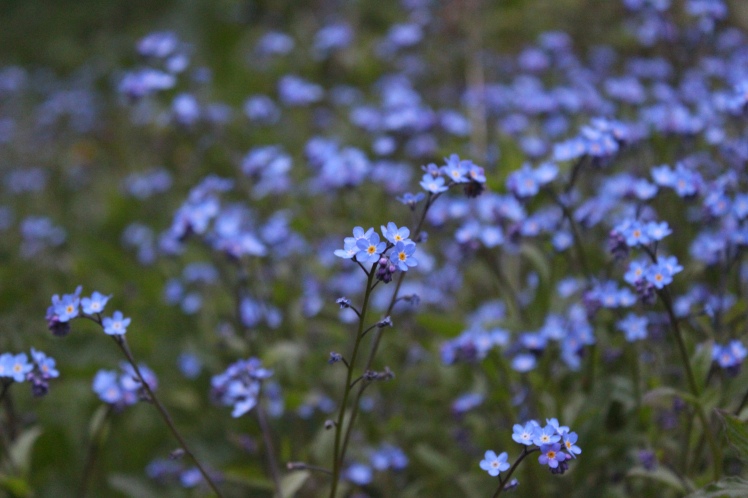 There were also some bluebells, and loads of other flora all over the woodland floor, like a dense floral carpet. 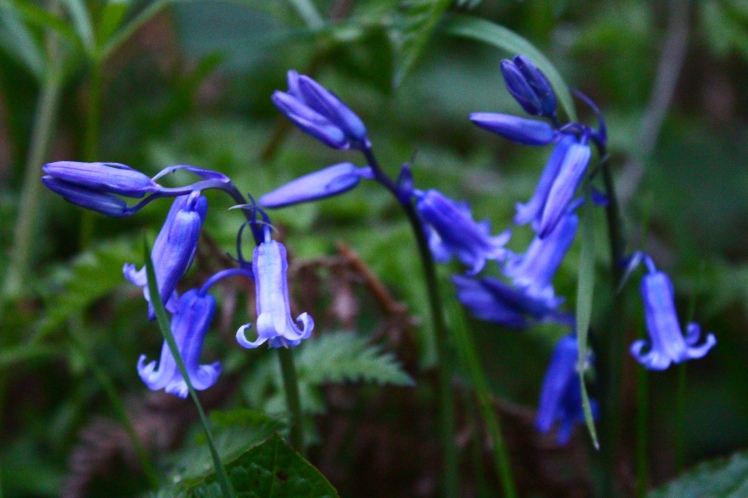 The two shots below, I am really pleased with, especially the second one. Why? Because again the camera wanted to focus on the log, however I wanted the blue bell in focus, not the log.

I liked the composition though, and so I had to employ my newly learnt focusing “skills”.

Actually, the first photograph is more satisfying to look at overall, however I was pleased I could control how the frame was captured. 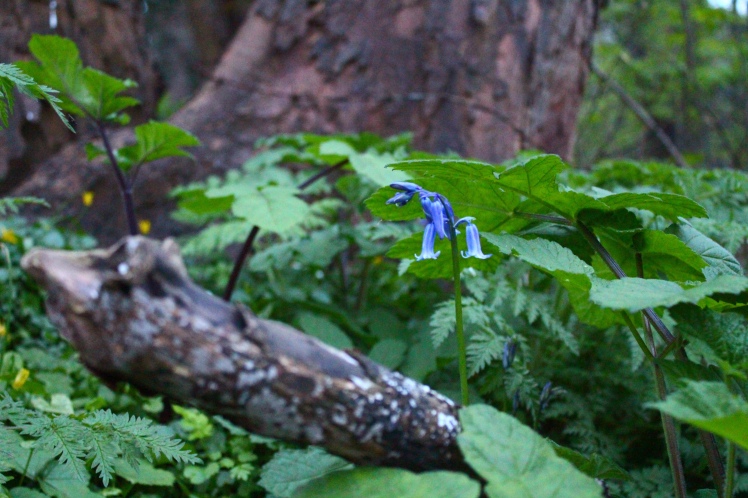 Further on into the wood, and the blue flowers gave way to white, equally dense coverage, and equally as pretty.

After that, I headed back home, never actually making it to the brook!

However, today it didn’t seem right to edit the flowers, and adjust natures creations and so I tried to capture everything “in camera”.

This also forced some deeper delving into camera settings, and again, it forced a deeper level of learning.

Constraints are great for sharpening learning, I think.