Today, it rained, it rained a lot in the afternoon. It gave me an idea to have a go at photographing some puddles of water, or something like that to portray the rain.

However, Holly gave me an idea to save me heading out into the wet weather. She suggested I photograph an orchid we have in the kitchen.

I took a few shots, and I’m pretty pleased with them to be honest, however, someone else took an interest because I had my camera out.

Her little face asked if she could take some pictures with me, and how can I refuse those eyes! 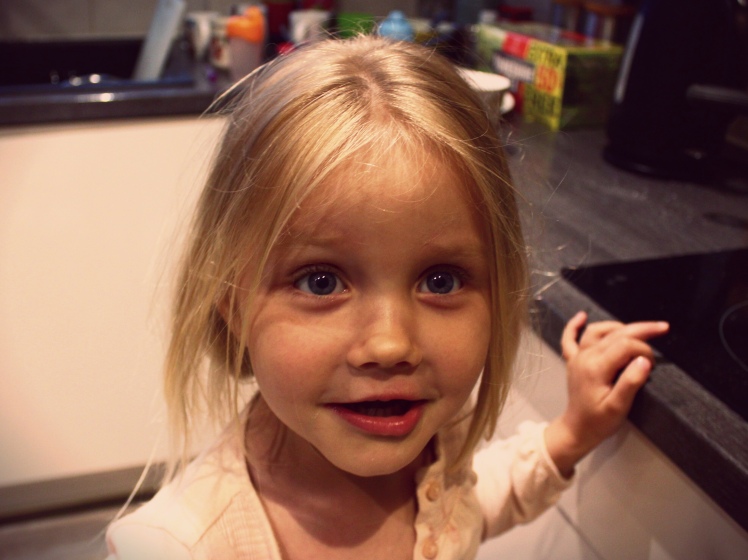 When I said “yes of course you can take pictures with me”, she ran off and got her favourite teddy, who she calls Jackson.

As always, Izzy’s facial expressions and poses are pure gold; I’ve said it before, but really, I do not know where she gets it from……

What, is she doing here!? 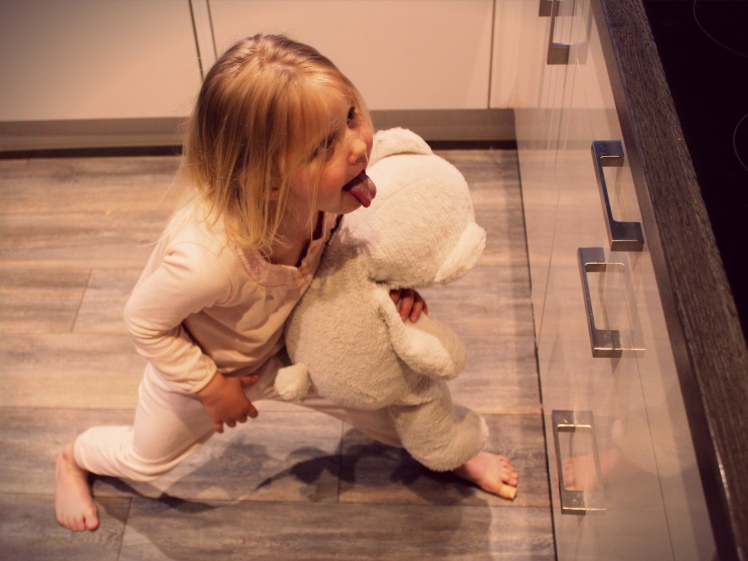 She then asked for one of the breakfast stools to sit on, and more crazy poses ensued. 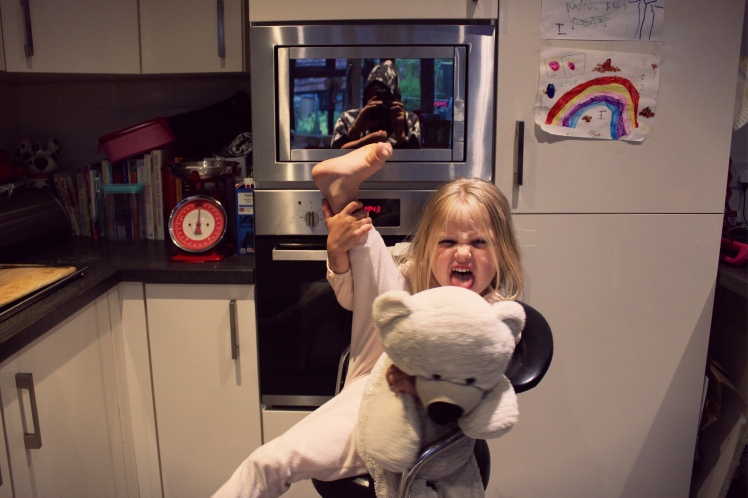 I noticed how reflective the microwave was, and so incorporated my reflection in the frame. You can see I’ve got my jacket on and hood up, because I was about to go out and photograph some rain. 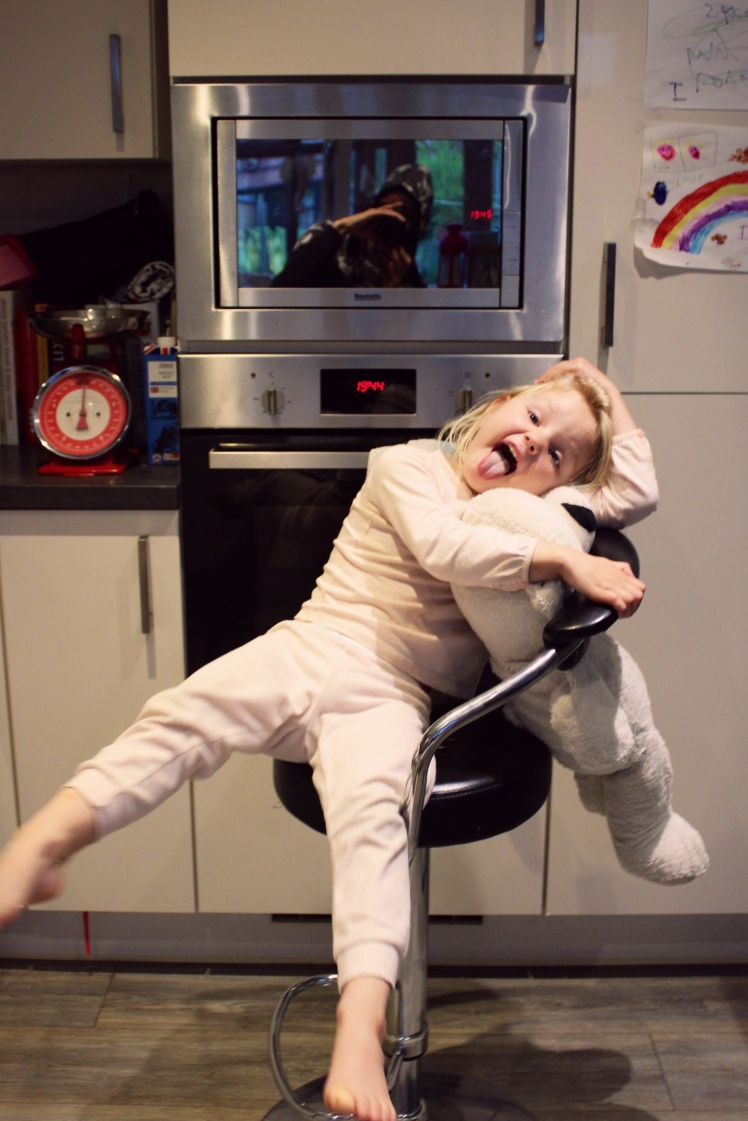 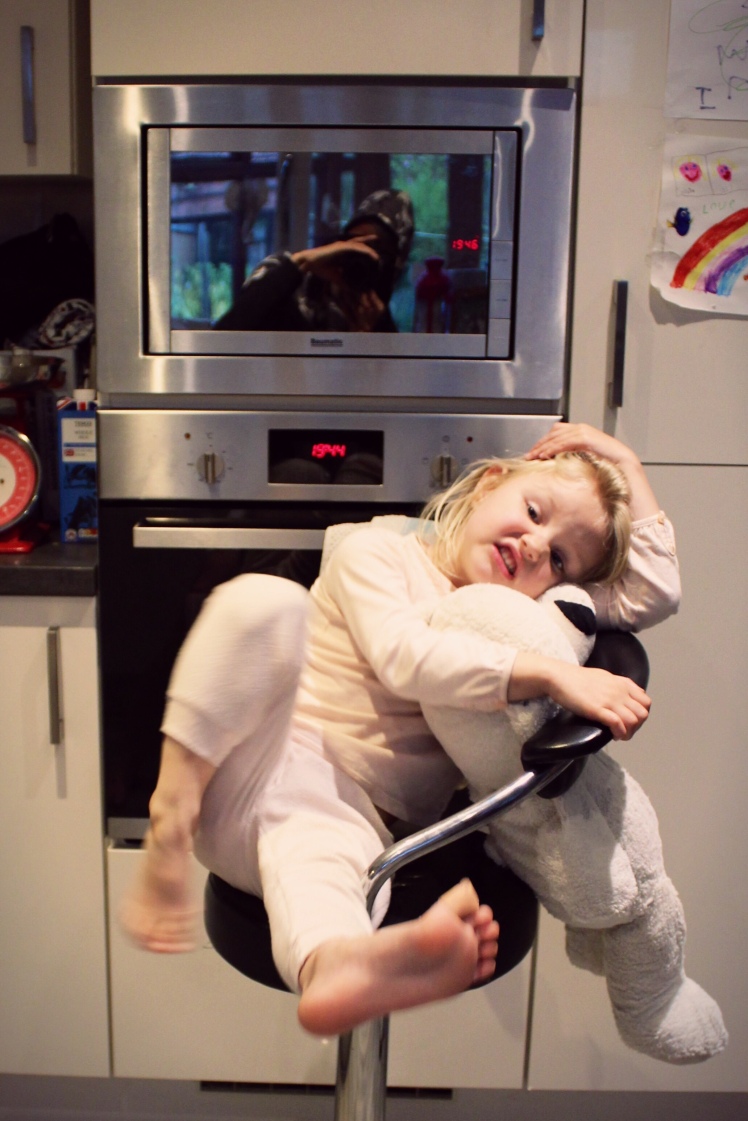 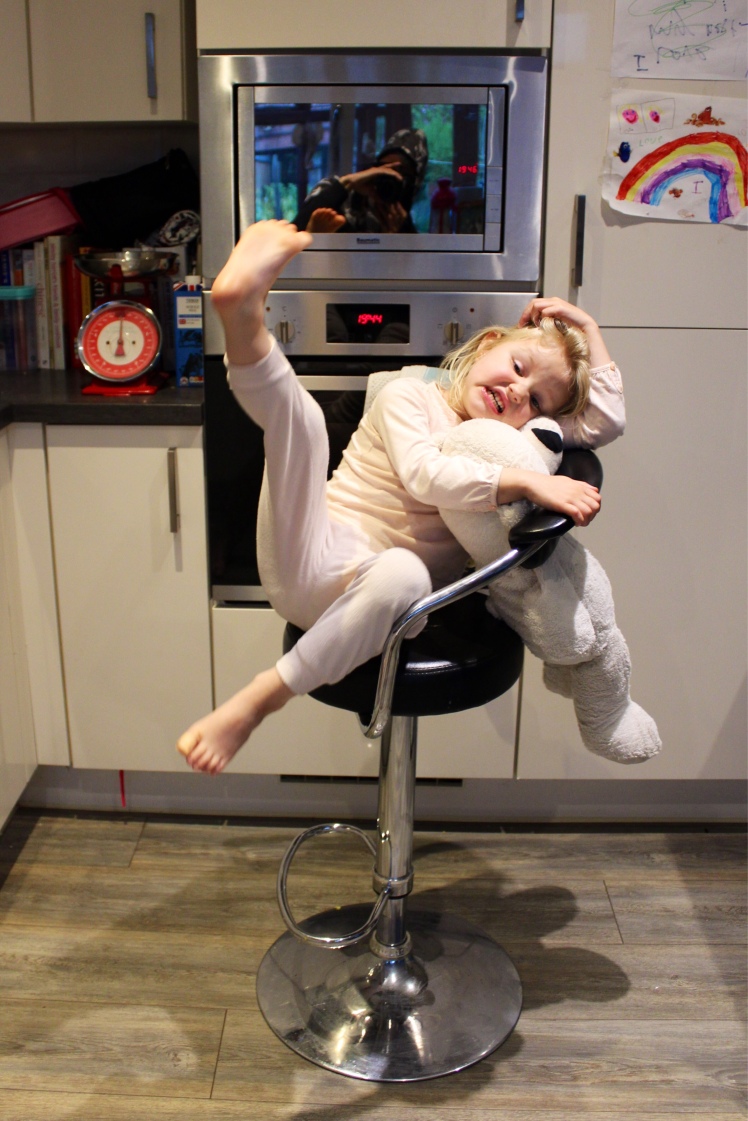 She is both crazy and beautiful, in equal measure!

For the record, I did go out afterwards and try the shot of rain I had in mind; rain drops settled on some leaves.

Though I took a few shots, including some that I was really pleased with, obviously rain on a leaf can’t compete with a crazy three year old!

Learnings – I’m not really sure what I’ve learnt today; to always listen to your family? To always listen but actually only take note of the youngest, even if she’s three years old and bonkers?

Technically, the flower pictures are better than those of Izzy, but I know which I prefer, maybe I’m just biased.

The last shot, of the rain on the leaf posed a new challenge, it was windy. Trying to get a clear shot close up with the leaves blowing in the wind was something I hadn’t come across before, not knowingly anyway.

Let’s go with that, learning to take close up images and being aware of the wind and its effect on your shot…….