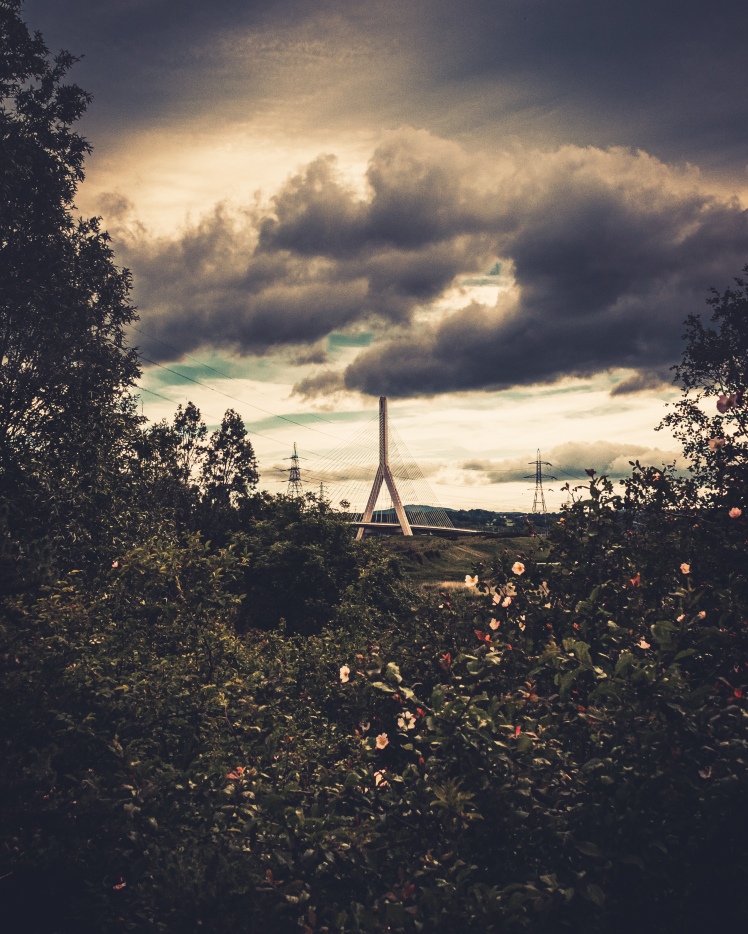 Better, but I’m still not 100% happy I’ve captured the image I want of the Flintshire bridge.

If you remember, way back in my “A Bridge Too Far” post on the 14th January, I tried to capture an image of it then.

I did get a shot, but it was dark and at the time the shot would have benefitted from a zoom lens.

The bridge is really impressive, it’s the biggest asymmetric cable stayed bridge in the UK, but getting close to it is easier said than done!

It carry’s a busy dual carriageway, and there aren’t any direct foot paths over it, that I’m aware of.

On one side of the river, there is the power station, and on the other the huge UPM paper mill, and the old steel works. So it’s pretty much surrounded by “no-go areas”.

Which kind of makes me even more determined to get a really good shot of it!

Last time I squeezed through a bush, through a ditch and climbed a fence, to get my shot. This time that wants possible, because being deeper into the year the vegetation has obviously grown, a lot, and the hedge is now impassable.

Not to be outdone by some shrubs, I wandered as far as I dared down the carriageway, in the bushes well back from the road.

I saw a few openings in the bushes, and used them to take the images you see here.

I’m pleased with them, however they still don’t capture the enormity of the bridge, and I especially want to capture the sweeping curve it has. It bends up and over the river, and has a gentle right hand sweep to it. It’s a really cool shape!

Learnings – I really like today’s composition, and vibe, and I’m pleased with the image in its own right. However, I set out to capture the shape and scale of the bridge, and despite driving all over the place at either end, I couldn’t get an angle on it.

I didn’t have time tonight to really go for a long walk to explore, and I’m sure that angle I’m after is there somewhere, so I’ll just have to try again!

P.S. I felt a bit like a storm chaser today, because before I got close to the bridge I could see the mega clouds above it, and I raced to get near before they dispersed. It was a nice little moment the weather and I shared.