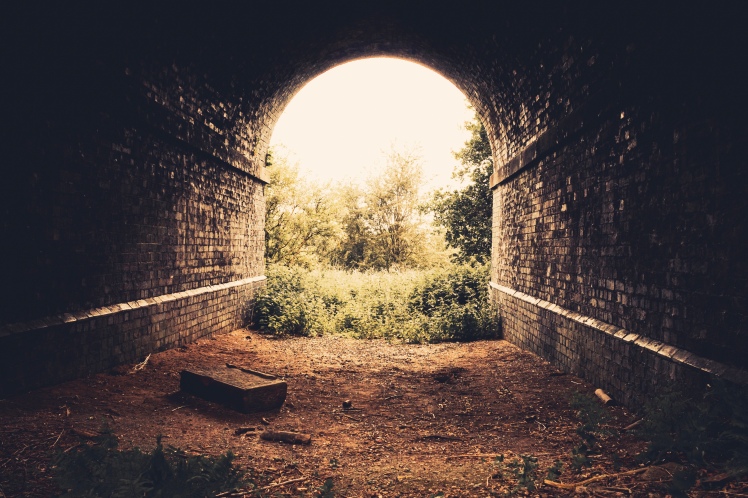 A really interesting one for me today, for a number of reasons. This afternoon during a break in the rain, I headed off out with my camera bag in search of some photographic opportunities.

I had one idea, that I’d like to try and photograph a little railway signal house that you can see from the road, that’s roughly sat at the start of the viaduct I photographed for my “The Arches” post a few days ago. 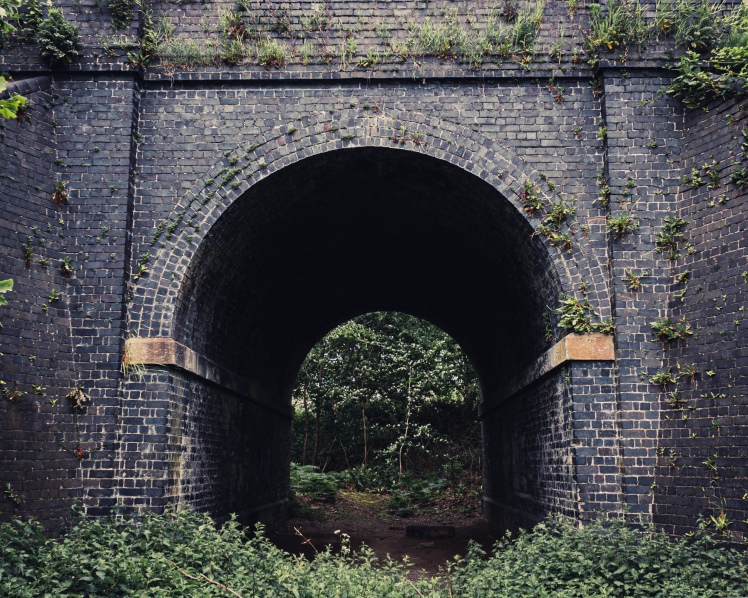 Obviously railway tracks aren’t easy things to get close to, for safety reasons, but I knew of an area I’d never walked past before, that might hold a view of the signal house.

It didn’t, and although I could have climbed the fence and walked the tracks I didn’t, it’s just not worth the risk, not even for a photograph!

However, the walk did take me past an old and long “disused” tunnel under the tracks. I say disused, but clearly someone has been using it in the recent past; and it made me wonder what they used it for.

The single chair, fashioned from a piece of old railway sleeper, sat at a seemingly very specific angle, looking out over the Cheshire Plain; or it once did at least, before the undergrowth masked its outlook.

I was pleased I couldn’t get the shot I planned, because this little area held such intrigue for me, it was just the sort of place I would have been drawn to as a kid. It’s outdoors, sheltered, has that “wild” feel to it, and I’m sure it’s pretty exciting when a train thunders past overhead.

I image it could just as easily be a place someone uses just for some pure and simple solitude, we all need a little now and again, after all.

It’s necessary to have quiet time to yourself, to gather your thoughts and process everything, and I well imagine this place is perfect for someone doing just that.

The shot below is something very different for me, I was setting the shutter as fast as the tricky light and shadow would allow, to freeze the waving trees being buffeted by the gusty wind.

When I decided to change things completely around, and turn the shutter speed right down to a point where I could just about still hold focus on the brick work hand held.

I got down to a shutter speed of 1/4, and my theory was that rather then fight the wind, I’d see what it would look like with the motion actually embraced and captured.

It’s interesting I think, and I’ll try some more experimenting with this in the future. 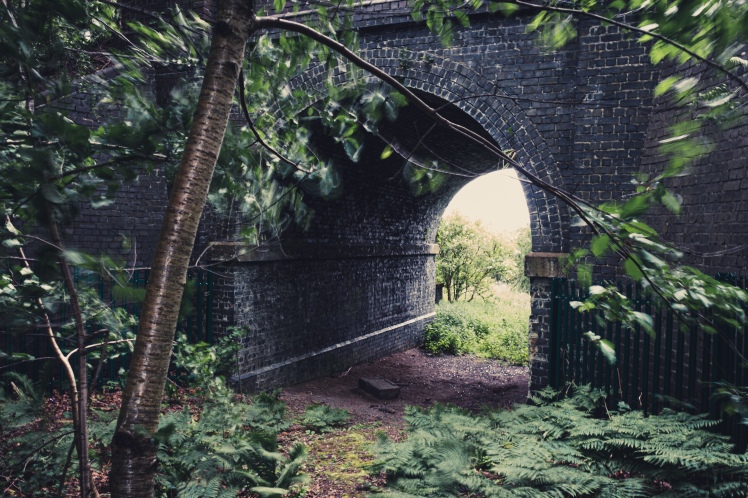 Getting back to a more “regular” set of camera parameters, and I had one main issue capturing the scene, and that was the huge range of tones.

There was a full range going from very dark shadows on the bridge walls, to super bright whites in the sky at the other end. It made it very difficult to capture all the detail, and in the end I had to sacrifice some of the sky details.

I tried all sorts of settings, but I didn’t want a really shallow depth of field, and I wanted a really low ISO, to try and capture as much of the bridge details as I could.

During editing I played on the fact the light was so dramatic, and emphasised it in a few shots, and softened it on others.

One thing I really wanted to hold was the “seat”, and I experimented with highlighting it, placing it on thirds in the composition, and deepening the shadows it was casting.

For me, it was the thing that held the character of the whole scene. 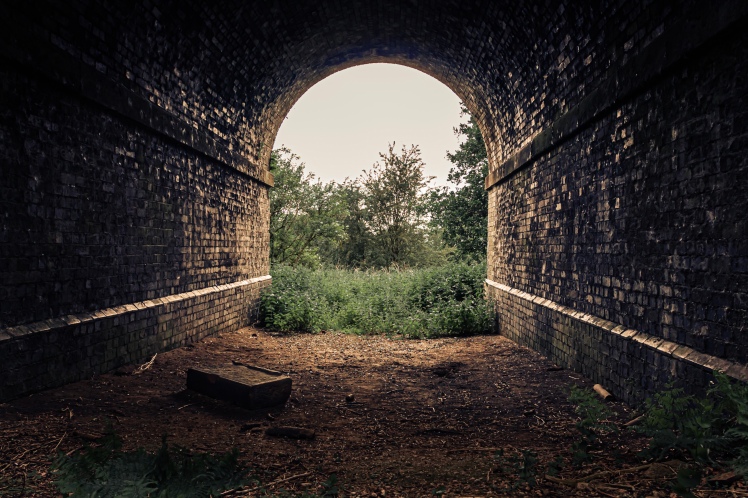 Then, I just sat for a while, pondering what settings I could try next to capture more of the tonal range the bridge was holding back from me.

I found a few new settings that could have helped me, like white balance bracketing, but this is beyond me at the moment so left that alone; I don’t want to frazzle my brain too much! (From what I can make out this setting let’s you capture three images at once, all with slightly different tonal values, you can then mash them together and get a much wider and fuller tonal range).

Anyway, as I sat there looking through various options and settings, the light at the end of the bridge opening caught my eye. The clouds must have dispersed and opened a window directly to the sun, because an even brighter shaft of light was now stabbing its way into the bridge mouth.

It looked amazing; can you imagine the person sat in their solitude chair, sorting through their most deepest thoughts, watching that super warm edge of light slowly creeping towards their toes as the sun set on a summers evening.

It all makes sense now, doesn’t it, and just by waiting a few moments this special little, unassuming place had revealed a very intimate secret to me.

Learnings – wait, watch, absorb, and the very soul of a place might just reveal itself.

Across many a bad night