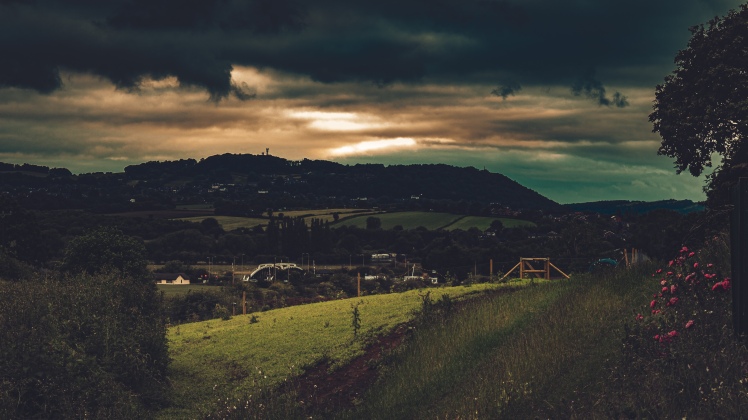 There is a really nice view of the church in Frodsham, that I see when I travel down the motorway.

Just as you pass over the highest point on the bridge that goes over the river Weaver, traveling west on the M56, the church is sat perfectly between Frodsham Hill and Helsby Hill (how do they think of theses names?), and for a brief second the composition looks amazing.

The problem is I can’t stop on the motorway of course, and there are no obvious other vantage points that give me the same view, from the same angle.

However, this evening me and my two little troopers headed off on foot to see if we could find some sort of view of the scene.

We didn’t quite get the view I would have liked, but we did get a pretty cool vista of some fields rolling into Frodsham, and up and over to the hills. The church unfortunately was a little out of view. 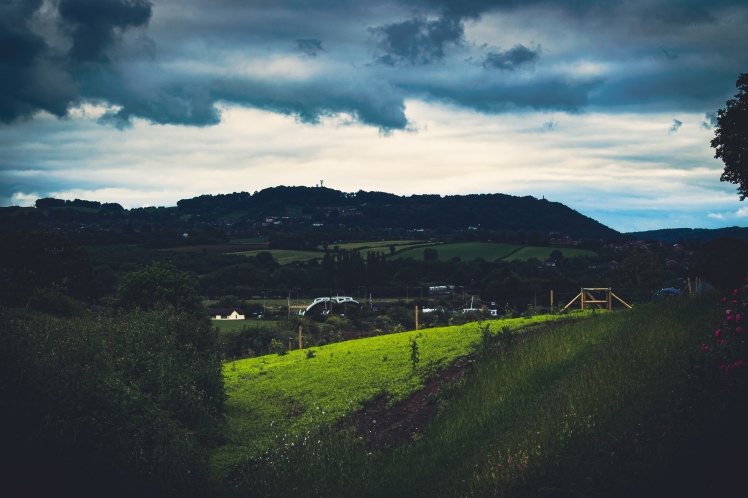 Anyway, if you look at today’s main photograph, it is jam packed with stuff; hills, houses, bridges, boats, fences, comms towers, the monument on the hill, farm land, rabbits, and so it goes on.

We took this image peering over a farmers gate, and though it wasn’t exactly what we were after, I really like it, it has loads going on but is also quite calming at the same time. 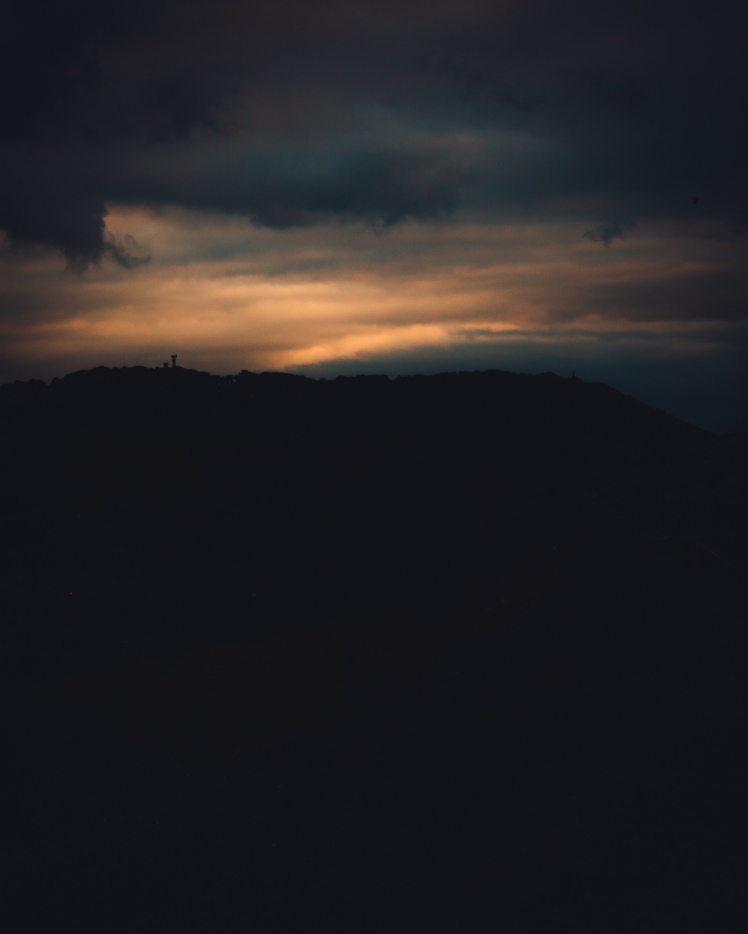 Learnings – a lot of what I’ve done here was experimenting with edits, clearly. I like bringing a lot of drama to a scene, and these different edits bring all sorts of moods and emotions.

I’m still trying to develop my own style on the edit, I get pretty close sometimes, but it’s still the element of my photography I feel furthest away from in terms of where I want to be. That’s pretty interesting to me, because I’ve always been a fan of “tech”, and take to it pretty comfortably.

I think the issue really is that the vision I have in my mind is absolutely vivid as can be, and I’m striving to translate that completely into the final image; and I’m not quite getting it just yet.

By the way, today’s main image is another HDR!