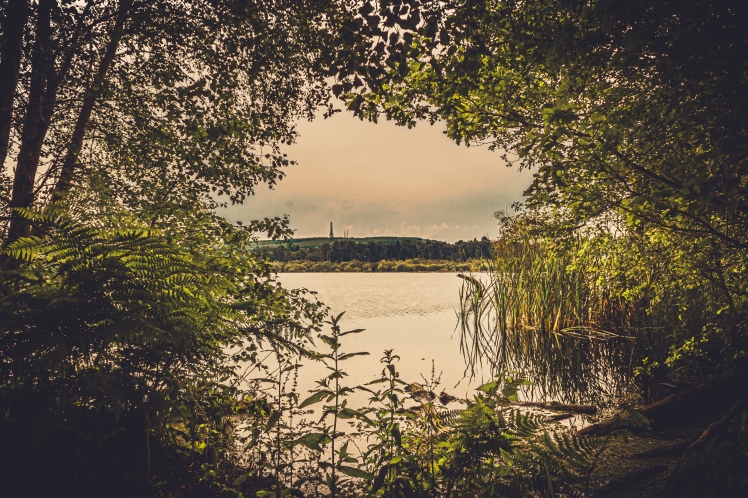 A really interesting turn of events today, on the 365 challenge; with what initially promised to be a “banker” shot, turning into a bit of a problem.

This afternoon I took a load of stuff over to the tip, stuff we’d cleared out of the shed, and whilst over at the top end of Frodsham I thought I’d head off towards Delamere Forest to see if I could grab a photograph of something.

I know there are some really awesome looking views in and around Delamere Forest, and just driving down into it is a spectacle!

I thought it would be a nice change, because I don’t recall taking a photograph in Delamere during this 365 adventure before now. 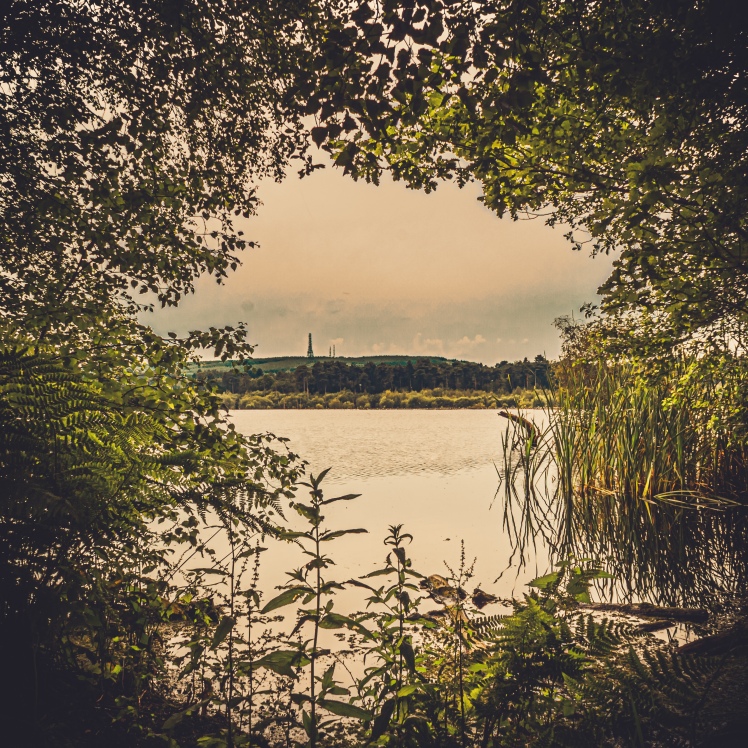 Unfortunately my timing was a little off, and whilst I knew Jess Glynne was playing a concert in the forest, I didn’t think it would give me a problem – it did.

The road into the forest, which is stunning and was an area I had in mind for a shot, was lined with cones, police and traffic control folk.

I spun the car round in one of the woodland car parks (just in the nick of time too as I was being rapidly approached by a car park attendant for the event) waved at the attendant and made good my escape to find a quieter area.

I found a little spot further down the road, that pulled alongside what looked like a large wetland area I could vaguely see through the trees from the road.

I parked up and, to my surprise there was a tiny track leading straight into the woods, so I headed off down it; it appeared to be heading straight for the water and I couldn’t believe my luck!

The little track eventually joined a larger, clearly more “proper” track. I decided to go left, I don’t know why; but unfortunately although a couple of spots looked promising nothing really gave me a good view of the water, which is what I really wanted.

It was amazing really, because the body of water was really significant, and I could see fish moving and loads of bird life, but a tiny ditch filled with water about five feet wide and of unknown depth, stood between me, some scrub and the waters edge.

I was painfully close, yet so very far away!!

I doubled back and went the other way around following the “main” track. I passed some nice areas of woodland, and two small water falls, but I was determined to end “one shot week” with just the one shot!

Eventually, I found this little gap in both the “moat” and the scrub, and it looked really cool peering for the first time into the unknown world I had only glimpsed and heard up until now.

The view also seemed to lend itself to my style, it had a mood about it, loads of shadows and for me in that moment, told a little story.

Anyway, I grabbed the shot after loads of adjustments and stuff on the composition, and again I used exposure bracketing to capture detail throughout the dynamic range.

And that’s where it kind of stopped working so well; I think the HDR choice was the wrong one, because the overall final image is just a bit too busy, and detailed, especially around the sides in the foreground.

I thought the exposure bracketing would help me protect my highlights too, but it didn’t work out that way, and I had to really work at it to get anything out of the sky during the edit.

It’s a shame, because I really like the story the view tells, I just didn’t quite capture it right.

Learnings – yeah loads of stuff, you know. This was one of them really painful learning experiences, and it’s made all the more painful because I had no choice but to go with it, the one solitary shot I had captured.

Despite that pain, today was a good day; venturing down that little track, and searching for a view of the hidden body of water, genuinely felt like a little bit of exploring. After that mini adventure, I also learnt a valuable lesson, about being too relaxed and “banking” on exposure bracketing to capture everything for me.