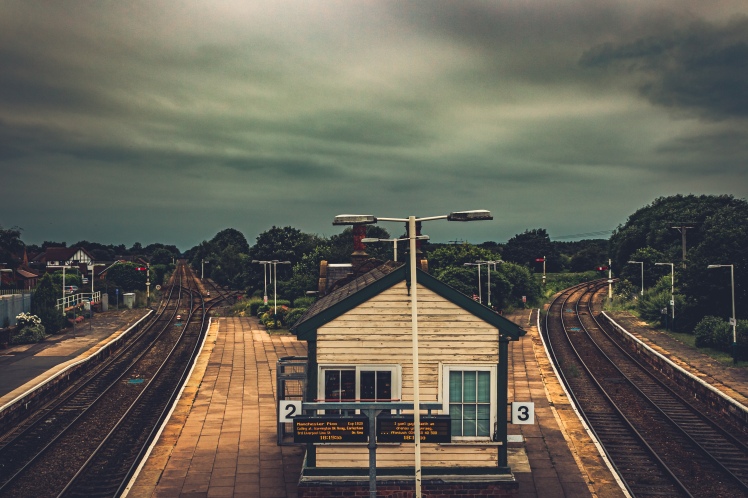 No clue at all what I was going to photograph today, not a Scooby Doo!

So, on the way home after work, I took the road that leads through Helsby, to see what I could see.

Helsby hill looked impressive, as always, and so I took a left in the middle of Helsby and swung into the train station car park to see if I could get an angle of the hill.

I’d not been to this train station before, so this was a first in itself.

I could get an angle, but it just wasn’t quite doing it for me; and as I stood atop the railway bridge over Helsby train station, with only the faint muttering of a sole traveler on platform 3 chewing the head off someone on the phone, the stations vibe caught 100% of my attentions. 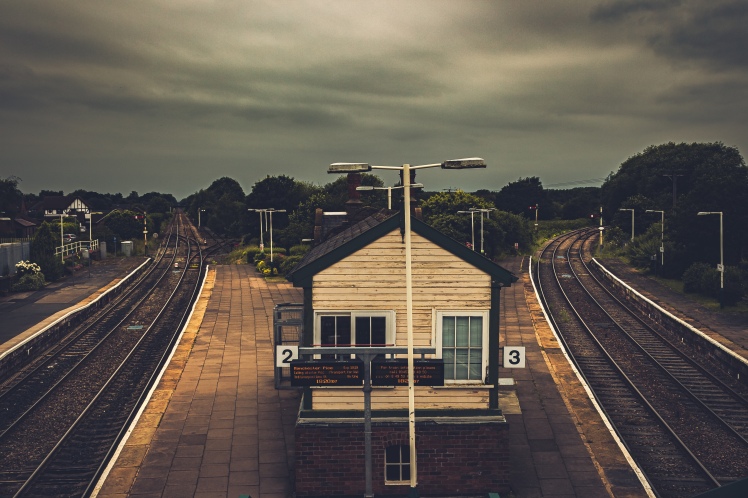 I particularly liked the view of the two lines disappearing off into the distance, choosing to go their separate ways, I guess from the directions one goes towards Chester and the other heads down the coast. Both beautiful destinations, and a tough choice to make if pushed, for some reason. 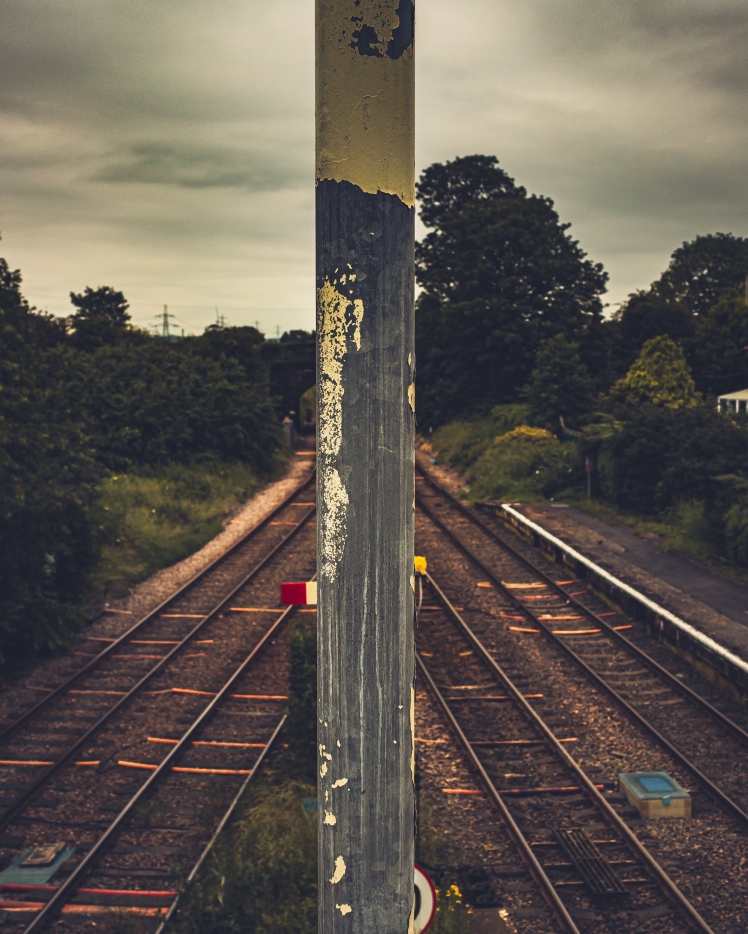 I took this quirky image looking the other way down the tracks, and it just looked interesting; when I lined the shot up just right the two sets of tracks appeared to both disappear behind the lamp post.

I resisted going too “moody” during the post processing of the images above, to preserve the detail and depth of the tracks stretching off into the distance.

So, I went to town a little more on the two shots below, just to get my fix of that moody vibe, really! 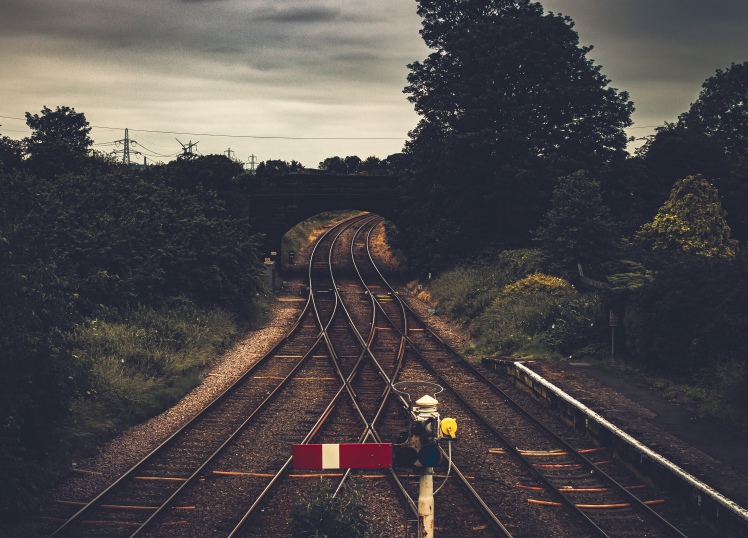 Learnings – life is full of choices, even in photography, and the choices we make and plan to make can and do change in an instant, totally altering the paths in front of us.

My photography path was taking me nowhere as I left work, then I made a choice and steered fate into taking me to the foot of Helsby hill, then another choice swerved around that idea totally; and in the end I photographed an all but empty train station that was so full of character it was mesmerising.