Me and the girls headed off to the duck pond again tonight, I felt guilty for not taking a photograph there yesterday.

Anyway, Holly was at the gym, so as soon as the kids finished their tea, we all headed off to the pond, armed with two slices of bread.

Unusually (I think because they’re so well fed) they came rushing over to us, much to the girls excitement and amusement.

There were about ten I guess, and with the girls bombarding them with bread, it was a little chaotic to be taking photographs, but still, it was brilliant fun and the girls loved it.

Again it was nice to see the “old boy” there, and he clearly rules the roost, shoving the younger ones out of the way if he wanted the bread! 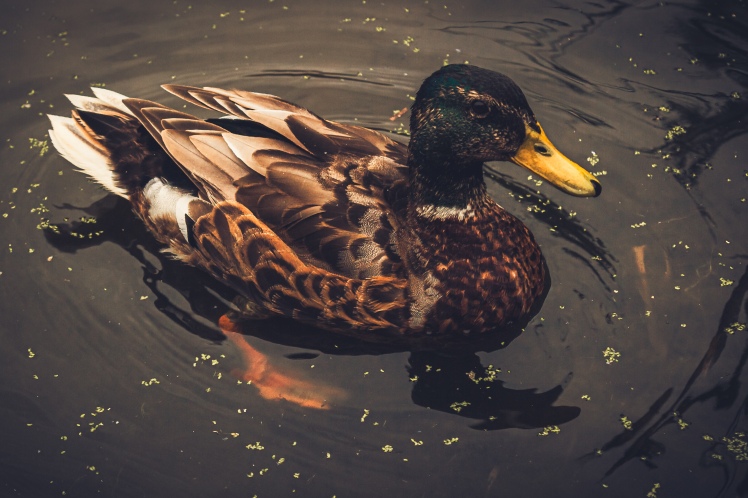 I tried to capture some of the ducks with water droplets running off their heads, as they bobbed for the bits of bread.

I also took this photograph of a corner of the pond, that just looked moody and interesting, lots of shadow and covered in duck weed.

And the ducks followed us round! 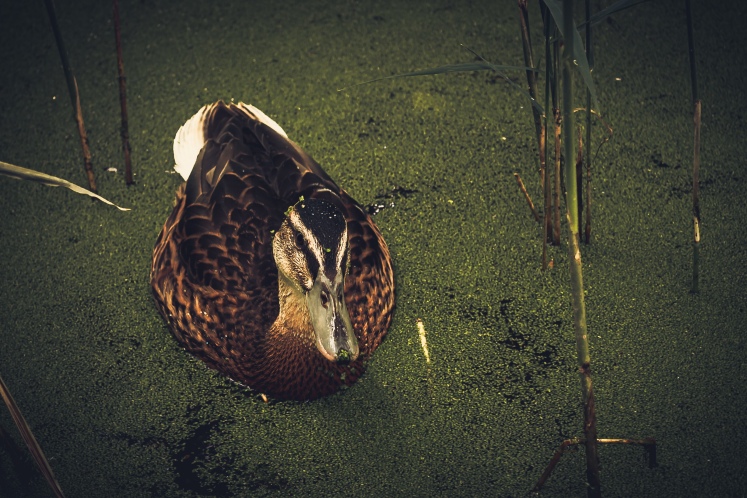 Learnings – I’m glad I went back to the pond today for some duck photographs. I’ve taken photos of them already in this 365 challenge, but these images are much better.

Plus, it is always nice to go out for a walk in the evening with the girls, they just love the outdoors!