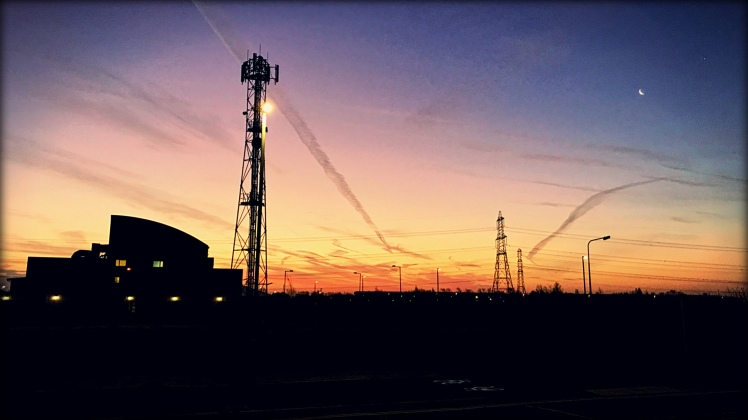 It’s January 2nd, 2019, and most of the country is heading back to work today.

With that, I thought I’d try and capture something that represents industry in my local area; as night disappears and the sun paints the sky with its many vivid colours and a new day dawns, on a new year.

Again, I also captured this second image, which nicely portrays how cold and frosty it was, but this picture didn’t have enough of an industrial vibe for what I wanted. Though it is a really nice contrast between warm and cold, so I thought I’d still share it here! 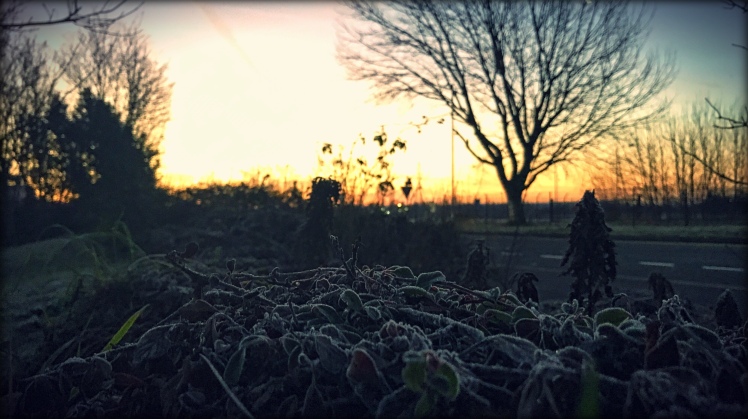 Learnings – the details are super important, and being honest I captured the moon in today’s pic totally by chance; I was 100% focused on capturing the industrial elements of the composition. The moon really adds to the scene, and when choosing this pic several were discarded because the moon wasn’t quite right. The devil is in the details, and needs to be fully considered!