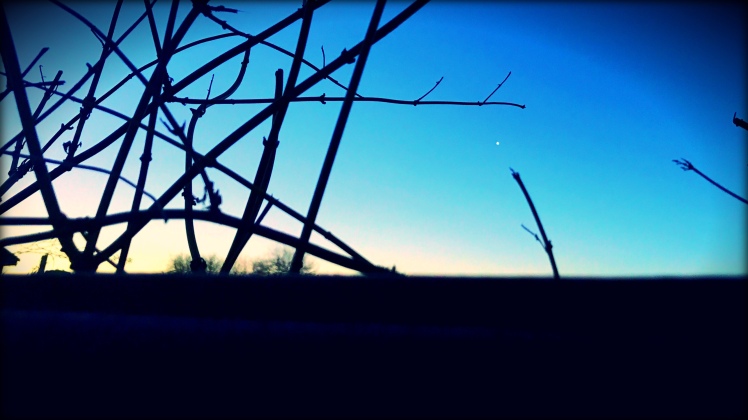 Today’s picture is a little glimpse into the universe, at the third brightest object in our sky, after the sun and moon; Venus. I took the picture just as day was breaking, so probably haven’t quite got the clarity of Venus that I could have if the sky was darker. However, thankfully nature was on hand, and a small branch very kindly helped the image and pointed out the planets location, nature is so thoughtful!

I like the way this picture balances, I took it peering over a fence, and lined up almost half the frame with the branches, and half almost devoid of anything but sky, to give a feeling of really looking through and out into the sky. I’m pleased with how it came out, I think I achieved what I set out to.

Learnings – taking a picture of such a small object in the sky as day broke was the main challenge, and any cloud I got in the frame really detracted from the focus on Venus. Also, to add weight to the area I wanted to be the main focal point, I made sure the opposite areas had the branches in, which I think really works. I guess it’s using negative space, not something I know a lot about, but following this experiment with it I’m going to be trying to use it some more!

Inspiration for this picture came, not unsurprisingly, from seeing another picture of Venus on social media. So I guess the learning there is to always be inspired by others, in as many ways as possible, and to then learn from that and create and develop your own personal vibe. Do many people take pictures of planets peering over fences and through bushes? Probably not, but I do now! 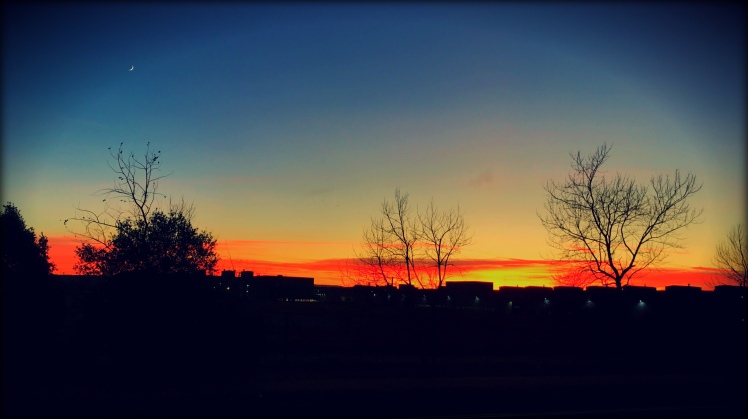 Just as a bit of fun, I also took this picture too at the end of the day today. The buildings you see in silhouette are the plant where Toyota build their engines. I love the moon, I love the buildings and I really love the fiery glow from the setting sun.