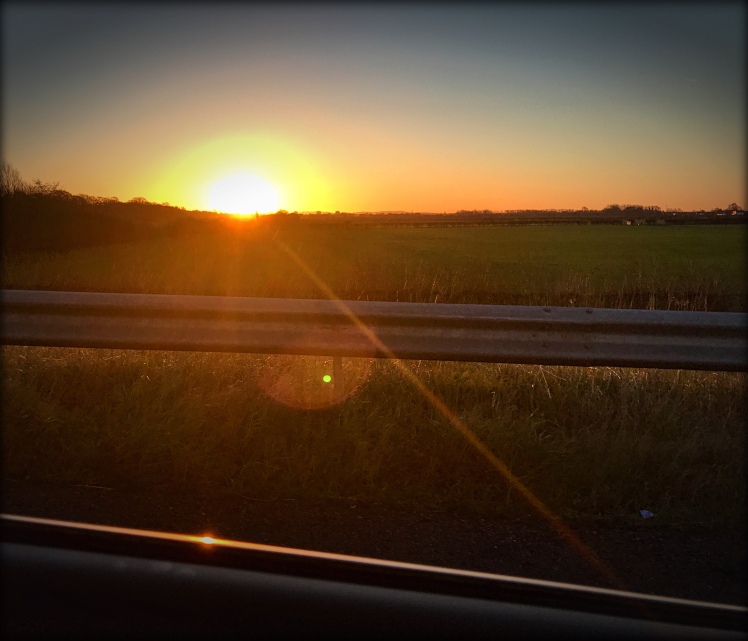 At this time of year, on my morning journey to work, I am almost always treated to an amazing sunrise, just as my journey comes to its end.

Though I see it a lot, the opportunity to photograph it isn’t there, because I’m driving of course. I really wanted to capture it though, but as the seasons shift so do the sunrise times, and I was a little worried time might be running out.

I’m a great believer in balance, and everything has its level, that it finds naturally. If you think back to picture 10/365, you’ll remember that traffic played its part in delaying my travels, and plans. This morning it balanced itself out, and heavy traffic at just the right moment allowed me to wind the window down and take a picture of the sunrise. 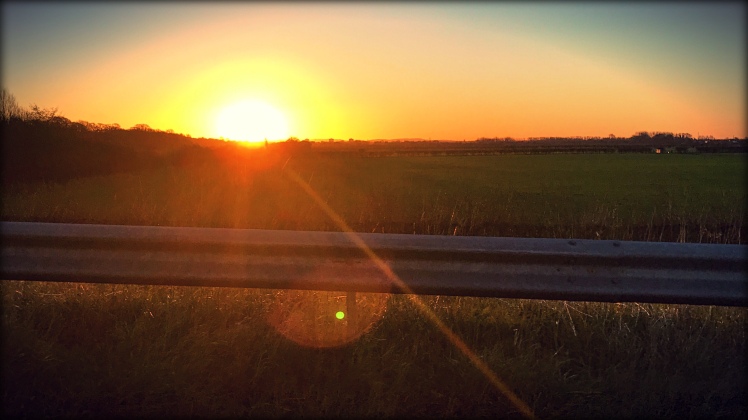 This, I guess is the best crop for the frame, however I prefer the one I picked for today’s picture, because it not only captures the sun breams racing across the land and over the barrier, but also the glint on my car window sill. It has much more of a feeling of the sun light flooding into my car. Have another look at the header picture, see how it feels to you?

This evening I also had a little experiment with some settings, ISO and shutter, to get some different effects in the shots below. They’re of the moon beaming down through a gap between neighbouring roof top eves.

I really liked the way it appeared that the moon was lighting up a strip of light. I think I prefer the darker image, it leaves more to the imagination.

Learnings – life brings its own balance, often when you don’t expect it, and it’s important to take the opportunities when they present themselves.

Again, rules about thirds and composition, great to follow, but if the picture tells a better story by ignoring them, maybe it’s right to go with it.