Something a little different today, an evolution of the scene I chose for today’s picture. I’m going to visit the same location tomorrow, and take the same shot, but not at night, I’m going to take it in the morning as the sun rises.

For today’s picture I wanted to capture the vast industry in the background, and the cars whizzing along the motorway. I took a few shots before I got one I was happy with, and I settled on this one because I liked the framing given by the lamp post, and the tree. The lamp post also gave me a nice foreground light, that helped to isolate and emphasise the lights in the background. It’s almost like a window into a different world, I really like it!

I took a few pictures of the lights in the background, experimenting with some different settings to get different effects. It’s worth noting the city was not on fire! 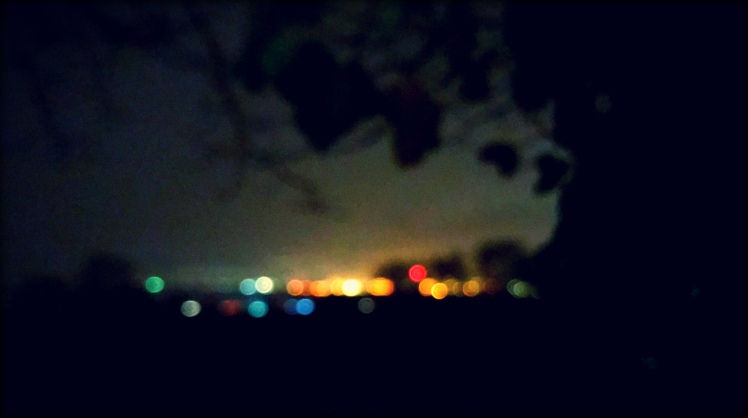 We also had some localised snow and hail, only in certain areas and only sporadic flurry’s, but it did make for some interesting pictures: 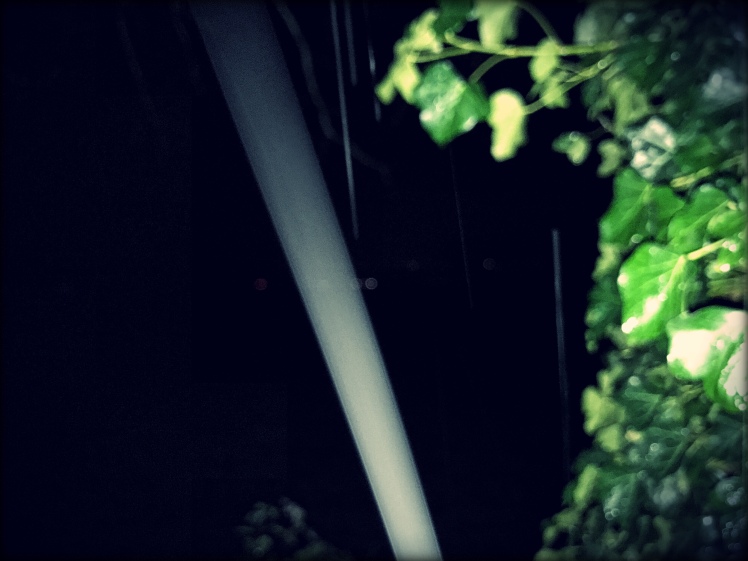 Learnings – I believe I overcame, at least partially, my reservations about people looking at me, thinking I’m crazy taking pictures in unusual places. Tonight, I knew the location, and that part worked out just right. However I didn’t expect as much traffic or foot fall in that location as there turned out to be. Twice I rushed my shot due to people walking or driving past, and got back in my car. Twice I looked at what I’d captured, wasn’t happy, and persuaded myself to get back out of the car and take the shot again. It’s a small victory I’m sure, but all the same I’ll take it, I feel good about it. It feels like progress.

I can’t wait to show you tomorrow, what the night was hiding tonight, in today’s picture!