So many pictures today!! However, I decided that this was the one for today, Izzy running down the alley way in the snow. Leading lines, perspective, symmetry, colour, contrast, movement, cold and warmth. For me, this picture has a bit of everything in it.

We were off to the hospital for a checkup on Izzy, all ok and she was super brave having blood taken; she didn’t even flinch. 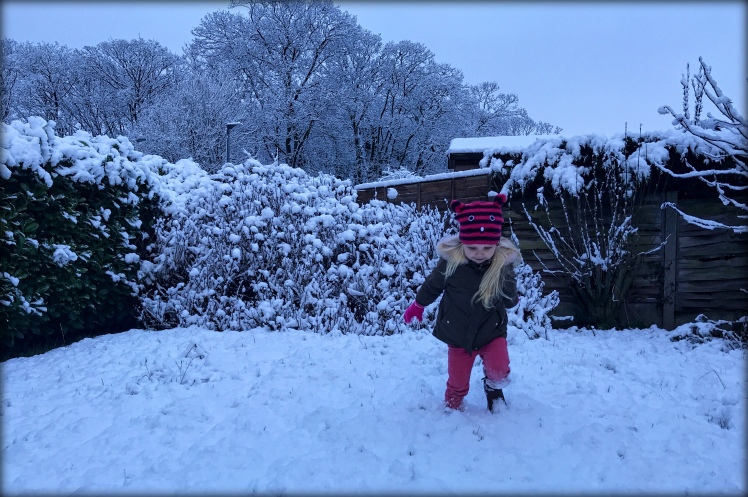 Old mr lamp post is becoming a regular feature in this adventure, and when he’s throwing out shapes and colours like this, it’s no real surprise. 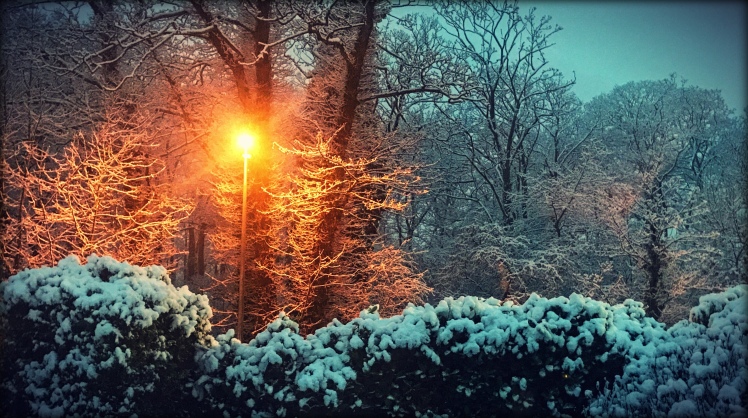 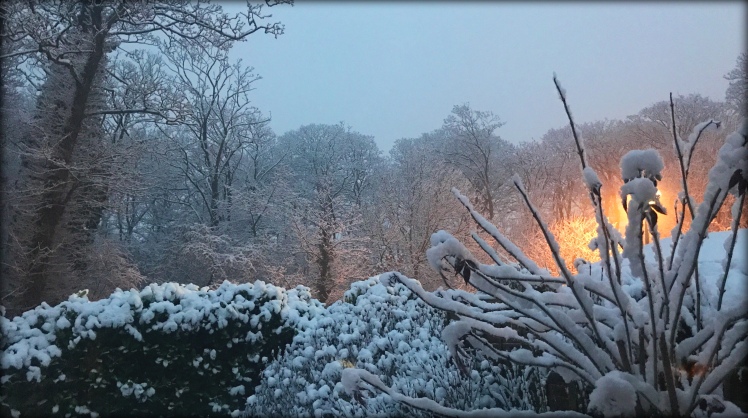 The snow was always going to feature in my pictures today, and after waking to two excited children chirping frantically about the thick white covering in the garden, I took a look myself, and it did look stunning.

Later in the afternoon I was back at the lake, and managed to capture some interesting moods. The snow gave some lovely blues and greys, and reflected light all over the place.

As the afternoon drew to a close, I packed up and took a walk down to the other lake close by. A thick fog had started to roll in by now, and with the sun setting over the back of this water I thought there might be some nice photo opportunities. I wasn’t disappointed, and had another go at playing with lines and reflections. 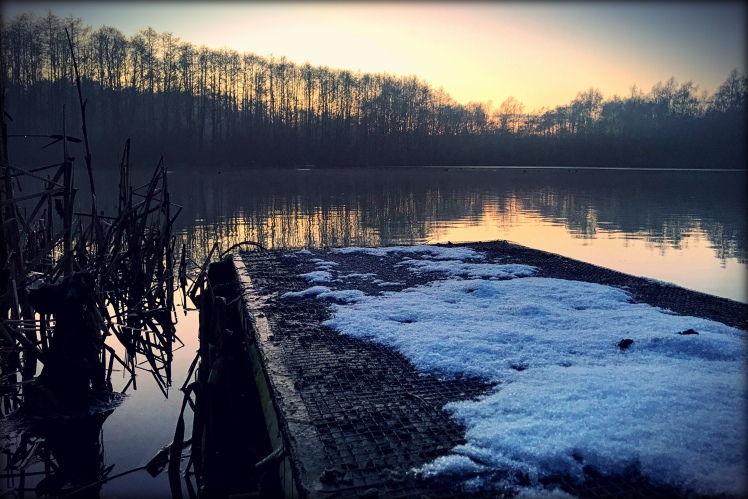 The sun in its final throws of glory for the day, I headed back to collect my gear and set off home. However, a couple more chances at a moody shot presented themselves that I couldn’t resist.

Firstly a swan, drifting across the water in the fog, spotted through the trees. 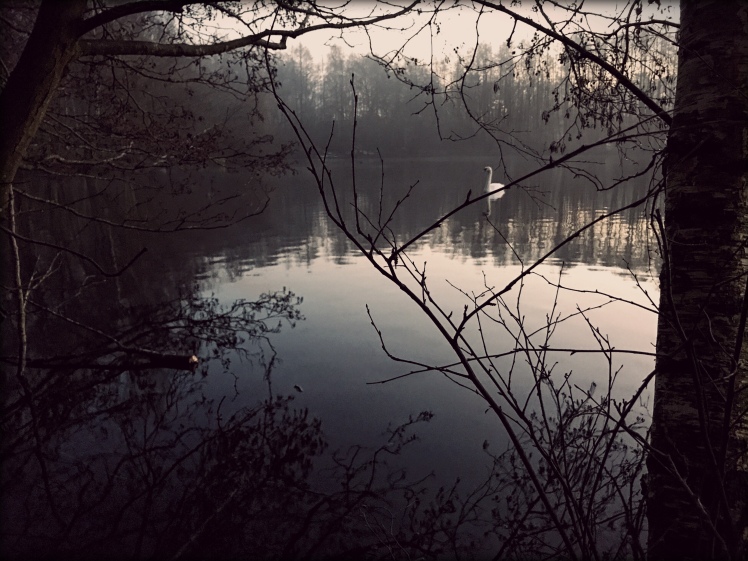 Then, this was the view that greeted me as I walked back through the trees to collect my gear. The trees silhouetted beautifully against the foggy background, my gear perched there waiting patiently for me.

Learnings – well, surprisingly few today, I think I was just really spoilt with the sights my eyes were being treated to. However, there was a moment when the low sun was hitting the tops of some tall trees, and draped them in a glorious colour. I couldn’t quite capture it though, so some more experimenting needed there to see if I can do a better job next time, and learn what I was doing wrong.

Example of a raw image I took below, complete with finger in the top left corner! You can see the colour the sun light is casting on the tree tops, but it didn’t quite pop, like i wanted it to.