A couple of days ago I noticed a turning off to the left of my normal route home, that I had never ventured down before. Nothing unusual there, however a very brief glimpse of the wind turbines up real close down that turning, had caught my eye.

So tonight, without hesitation when I came up towards the turning, I swing the car left and down into the unknown we went.

Turns out the road led to a bridge, which led to a dirt track, with an ever decreasing width, and ever increasing frequency of pot holes.

However, a short way down the track, a lay-by on the right came into view, and I could see the tip of some blades spinning around.

I parked up and went further on foot, through a barrier that prevents cars going any further. I could hear the wind turbines now, and I am not ashamed to admit it was exiting stuff!

As the first turbine came into full view, it reminded me of the original War Of The Worlds film, where one of the alien craft loom into view from behind a hill. 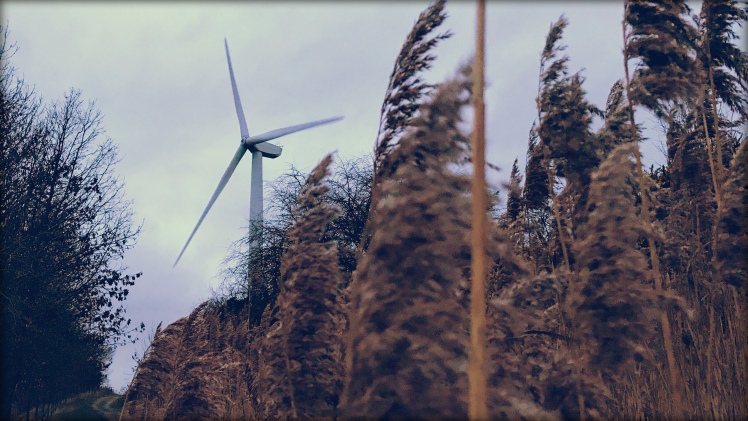 I carried on up to see how close I could get, and amazingly I got really close. At the top, I was not only treated to a grand stand view of the turbines, but also across to the old ICI plant in the distance. It’s lights are pretty, from this vantage point. 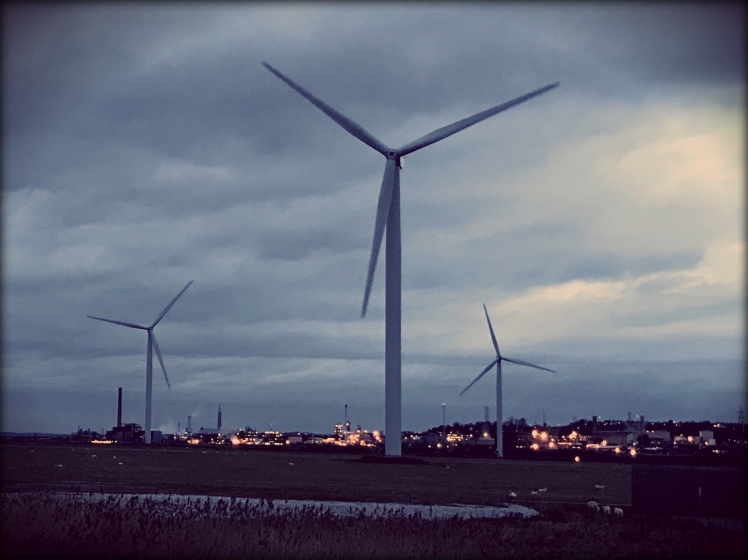 I took quite a few pictures, though the light was fading, and I also had a go at editing one to make it look like the blades were blurred around like a giant steel sun flower. 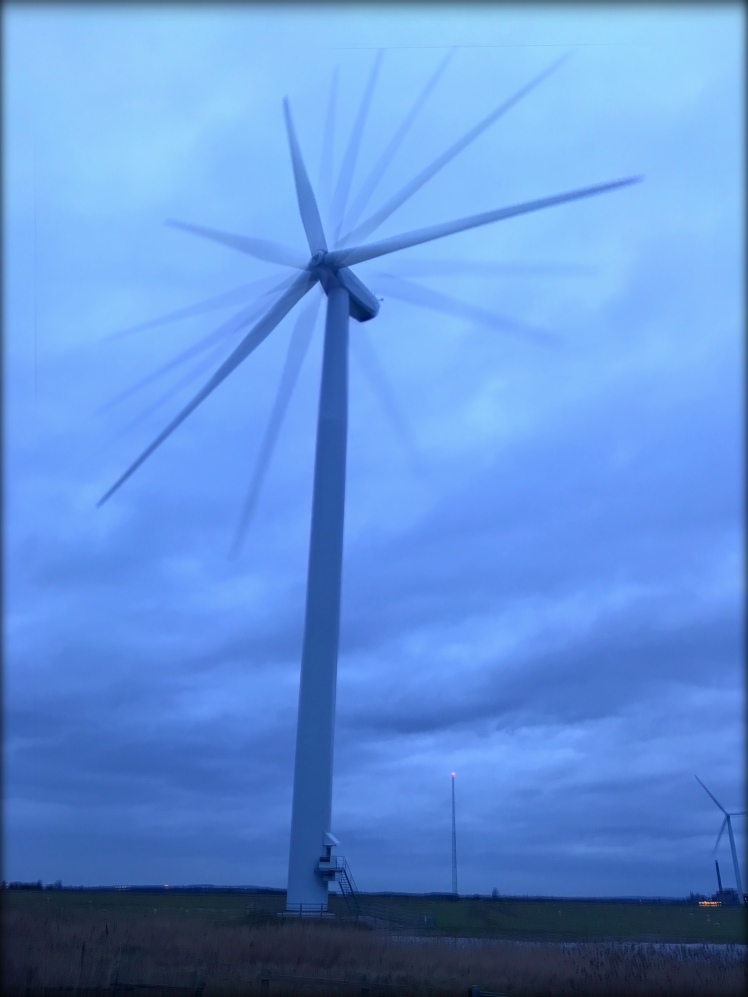 Learnings – I’ve found a new spot to take some cool pictures, and I will definitely return when the day light is on my side.