Today’s photograph is a classic case of “just happening” for me. Work is extremely busy at the moment, and as such it’s a lot of early starts and late finishes to keep things moving along.

Getting in early again today, meant the sun was just peering over the industrial horizon as I walked along the front of the building to my office.

It literally stopped me in my tracks, it was so dazzling. I held my hand up to shield my eyes, and continued on my way.

A few steps on, I stopped, and thought “what are you doing you idiot, go back and take a picture right now!”, I often tell myself off, truth be told.

So I did, I went back to look on the view again, and it was really spectacular, and I loved the reflections in the rain drenched path.

I have to admit, though this challenge has given me more photographic confidence, as those following my journey with know; I did have a little look around to see if anyone was about.

All clear, I took my pictures.

The picture below is the same as the one above, but I had a little experiment with the cropping.

What I think I’ve found is that even though there are no faces in the frame, it seems objects need open space to “look” into too.

The framing feels claustrophobic, because the building is kind of pushing too far into the frame, and it’s like a face looking off the frame, rather than into it. As a viewer it feels like it’s throwing you to the right, and off the photograph. 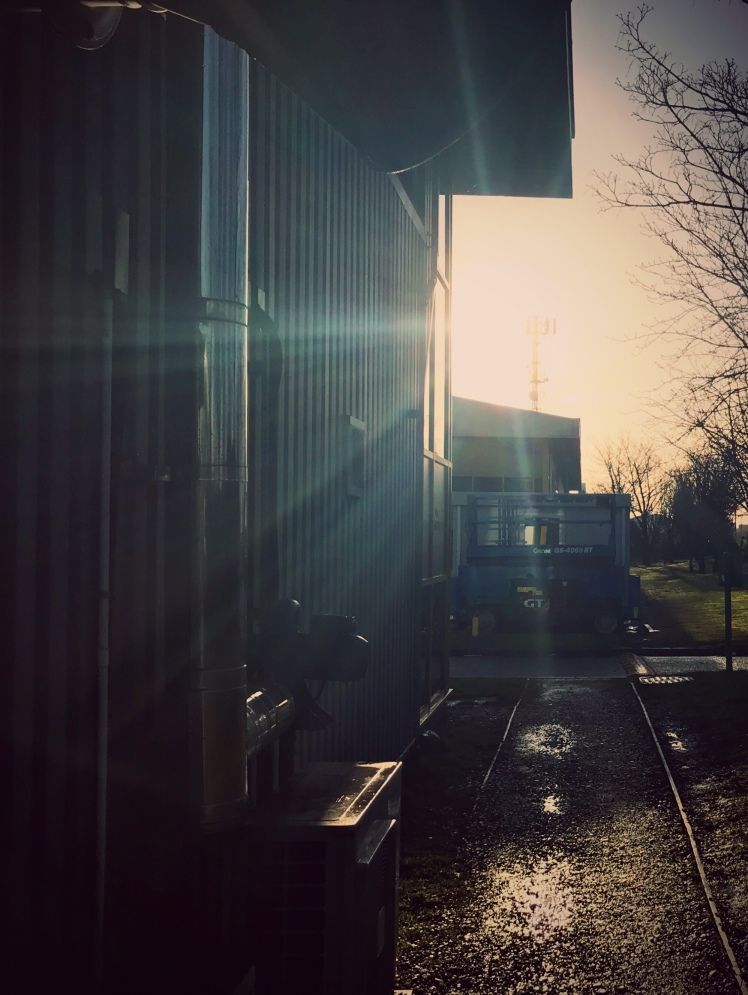 If I’m not making a lot of sense, I can understand that totally, but have a look at the shot below that is the same as the one above, only framed so that it’s more balanced, and the building is “looking” into the frame. The trees also help frame the right hand side. 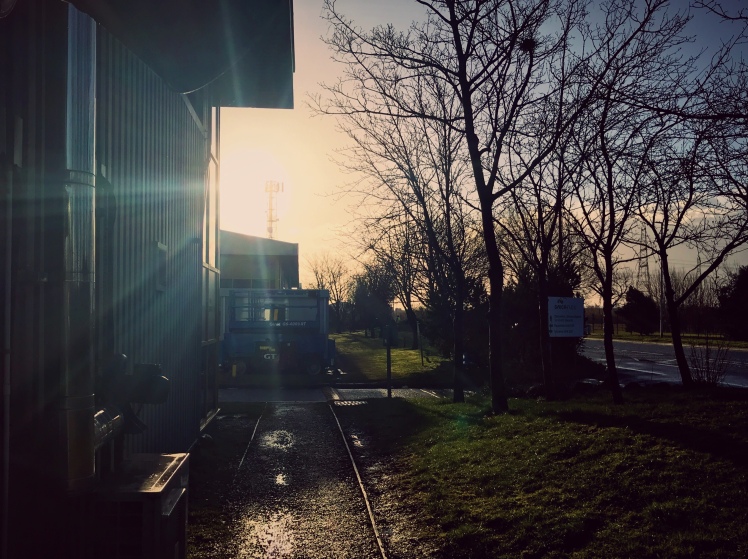 Learnings – of course another lesion today in seizing the moment, and not being afraid or embarrassed to take a picture.

Also, a lot about framing, and more specifically cropping. I have already learnt that faces are best when they look into some space, not off the frame; but I didn’t imagine buildings would be the same.

I wonder if all objects need the same space to “look” into…..