I wasn’t sure what to photograph today, and it was a case of third time lucky before I finally got my groove on!

First up, as the girls were getting out of the bath and I was getting their pyjamas on them, Izzy spotted something “loooook, what’s that daddy?” She said. I turned around and saw a tiny black spec on the wardrobe. Kids have amazing observation don’t they, they see everything that’s new or changed, or different and wonder at whatever it is.

Turns out it was a little black ladybird with a couple of red spots. That might make a nice shot, I thought.

But it really didn’t, as lovely as the little critter was.

Still on the “creature” theme, I thought I might take a photograph of Fred and Oliver, the girls gerbils (they named them themselves). Now, I’ve tried to take photographs of this pair a couple of times before, but they aren’t the easiest things to take a picture of. They move like lightening, and after a few shots they both got bored of me and scurried off, and curled up in their bed….. 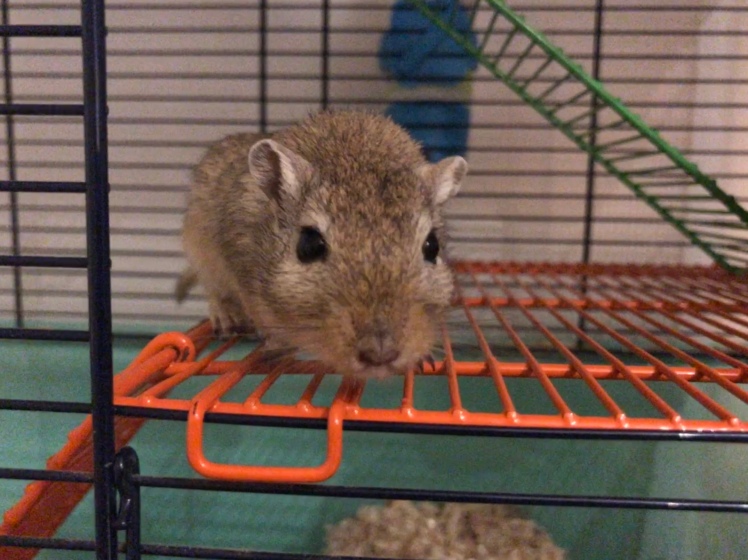 With that, and the girls finally in bed, I headed off out into the night to see what I could see.

I decided to challenge myself, and see if that could evoke some imagination or creativity, so I decided not to take my trusty light out with me; instead tonight I would search out some other artificial lights to try and use to light my frame or as a point of interest.

First up, the view down an alley way caught my eye, some interesting shadows, and a blue hue at the end. I was pleased with this shot, it’s kind of off balance but still feels “stable”.

Trotting on a little further, I came across loads of lights, traffic lights mostly. I took this picture of the whole scene, then carried on for a closer look. 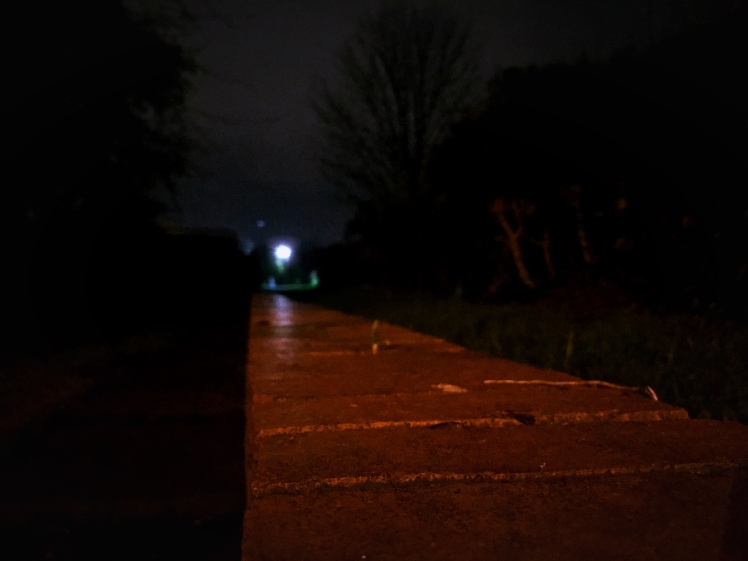 A short way further down the path, and looking right I spotted a solitary streetlight in the distance, who’s glow was bouncing delicately off a low wall.

I like this composition, it’s thought provoking and mysterious, it makes me want to follow the wall and see what the light is there for, what is it’s purpose? Why doesn’t the wall quite line up, it conjures lots of questions for me. 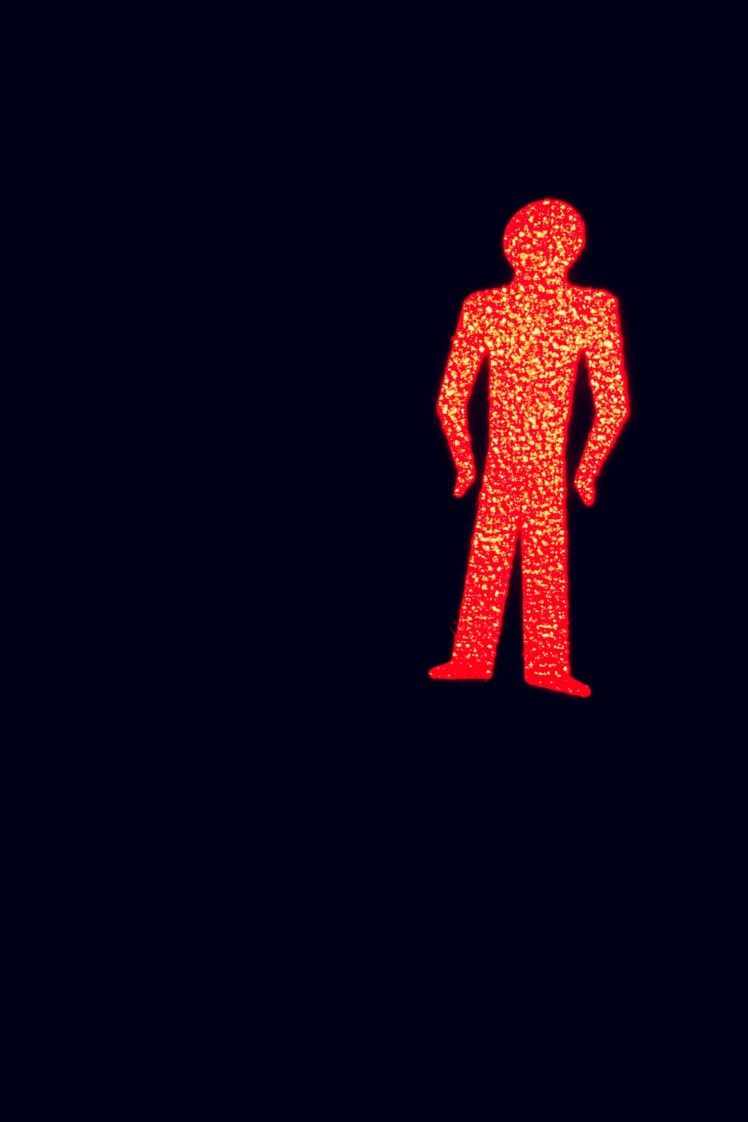 As I drew closer still to the traffic lights, I took a few pictures of the lights them selves, the signs around the area and stuff like that.

The most interesting light for me though, was the red “don’t walk” man. He was really bright!

I really like this photograph, I like the hugely front and centre man, and the offset traffic light trying to balance him in the background. Maybe it’s just me, but I find it really interesting! 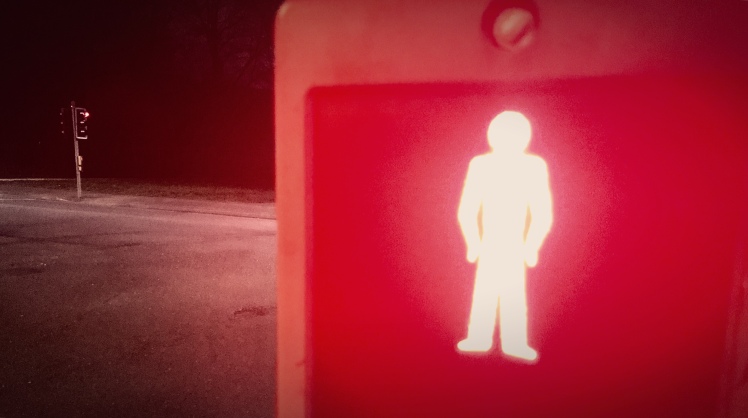 Finally, for today’s photograph, I used a square on shot of the red man, subdued his glow a little and added some interesting abstract shapes and brush strokes around him.

I don’t normally frame anything dead centre, but for me this really works because the randomness around him balances how central he is.

I really like it, and what a little adventure it was, to finally find him!

Learnings – I think today I’ve learnt that sometimes it’s best to push yourself harder through a new challenge, in order to find some inspiration, rather than force the issue by just trying to look harder.

Across many a bad night