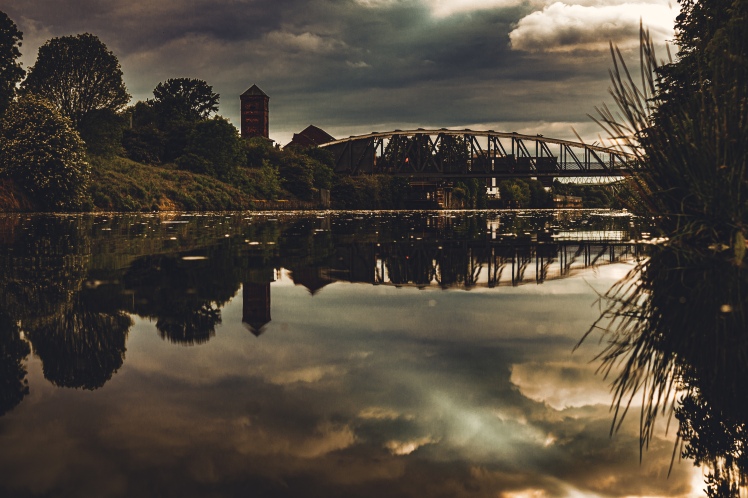 Well, I think I might have regained my mojo and my head screwed back on!

I’m not sure what this bridge is called, but I passed it earlier this week when I took the shots for my “Gateway” post, and I love it.

Anyway, this was a super quick photo capture, and edit, because Holly and I are off out to the cinema to watch “Avengers; End Game”, so I’ll fill you in on the details here tomorrow.

Have a great Saturday night, I hope you like the photograph.

Apologies for being a day behind with this update, time ran away yesterday, and I didn’t want to rush the edit of these shots, or give you a half baked update!

The main shot I wanted to capture yesterday was the main pic here, of the old iron swing bridge. There are a few of these bridges along the Manchester Ship Canal, and they always peak my interest, and that has always been the case not only since my interest in photography began.

There were a few other nice scenes too, and I liked this view up river towards Manchester, and I spent a bit of time concentrating on getting my composition right.

I used the top of the low wall, the shadows and reflections on the far-bank and the highly reflective parts of the water itself to all draw the eye in and lead towards the boat.

On to the main event, and again I got my brain in gear and concentrated on getting a good exposure (using the meter I’ve discovered) whilst holding the aperture setting I wanted, AND protecting my highlights (I knew I wanted to dramatise the sky when I edited later) all while looking for nice compositions.

I was able to do all that, thanks to getting my head in the game and thanks to everything I’ve learnt thus far about technical aspects of my camera and photography. I was confident with settings, so that wasn’t a worry, and the exposure meter really helped that too. 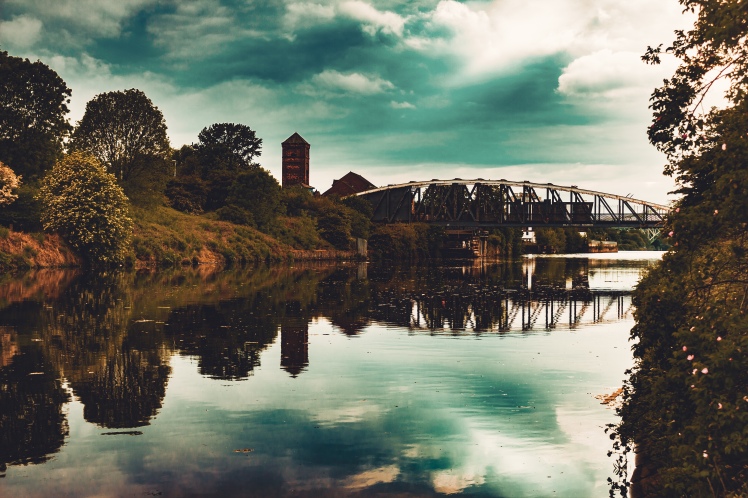 Again, I used the reflections, light and shadows a lot, seen here above and below, to create a nice composition and capture the “feel” of the scene. 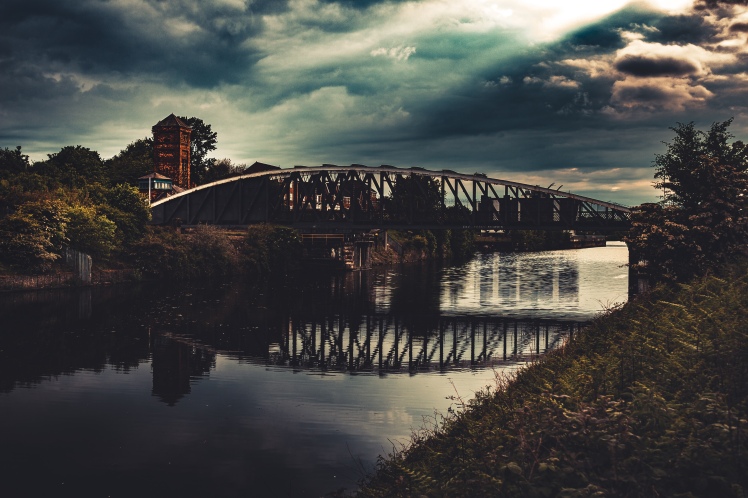 The images above and below really captured the drama in the sky, and in the one above I emphasised that slightly by giving some of the suns rays an extra bit of power, especially shining on the bridge tower in the shot above.

This really brought balance to the whole image, with power-full diagonal lines running bottom left to top right throughout the whole scene.

The shot below I didn’t emphasise any light specifically, this is all natural and instead I used leading lines in the structure to carry you in and around the image.

The fiery sun of course helps throw you back in once the railings take you down the right hand side!

Finally, the bridge I photographed in “Gateway” for my main shot, isn’t far away like I said earlier, and yet again with the moody sky it looked amazing, and I couldn’t resist taking a couple of shots of it.

One focusing on the bridge itself, and the industry it holds in the horizon beneath and through it looked amazing. The bridge itself looks to cut the sky clean in half, Orange below and blue above.

Below, I focused on capturing the sky, and again I made sure I captured as much detail in the highlights as I could so I could get the mood of the sky and the softness of the clouds in the image. Heaving learnt what I have so far about histograms really helped me capture the sky detail in the image below. 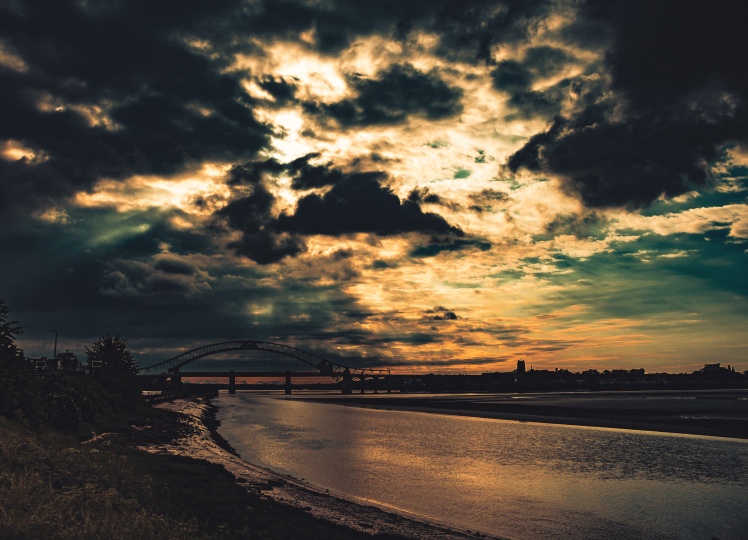 Learnings – the main takeaway today was to focus hard on what your trying to achieve. Photography is hard, especially when elements of it are not coming naturally to you just yet.

That said, putting into practice and using the tools I have learnt thus far carried me through, and I am super pleased with these images, they capture the moment I wanted, and portray the vibe I felt.

I am back in the game!

Exams are ON, hate to say bye till the end Period.

Madness on the road to moksha