I just couldn’t resist, it was too tempting!

Still, the main shot today is the “one” I took knowing it would be the “one shot wonder” for today, as I try, and fail, to do a “one shot week”.

I went to a place I’ve spent many, many years at, Wepre Park, to the water fall which is the other end of the park to Ewloe Castle that I photographed yesterday.

I waked all around the waterfall, looking for the composition I wanted, and eventually found what I was looking for perched on a tiny little ledge under the bridge just down stream.

It was very precarious, but it was the frame I wanted. I also wanted to try a long exposure for the first time; brave or stupid I’m not sure which, but anyway I went for it!

Settings for the shot above were:

All in all, given what I tried, and how extreme my settings needed to be to get what I wanted, I’m really pleased with the result, and that I was brave enough to give it a go on a “one shot” day.

Now, after bagging my shot, I started to walk off, but I just couldn’t help looking at the water crashing down, even the sound was drawing me in.

The water was thundering down into the base of the waterfall, almost hypnotising me and willing me to take more shots.

This time, I got closer, and decided to do a little more experimenting. First up I tried a shot with exposure bracketing; I hadn’t tried it on the main shot because I know there is a slight delay between the three shots, exaggerated by the fact I was using a long shutter speed. So I wasn’t sure it would work as the water would clearly be different on each of the three shots, and merging them might be a problem.

It wasn’t, although I had to be really careful in post processing with the highlights and I used a much faster shutter; the shot below was taken with exposure bracketing; I set it at the maximum, which is +2 stops and -2 stops from the set exposure on my camera.

I really love this shot, it feels powerful like the water fall itself does, and I love the detail the exposure bracketing has given me and the huge range in tones is awesome, in both the shadows and the highlights.

Not quite done yet, I tried to push the shutter speed as far as I could, to go the other way and freeze the water; and for the shot below I used these settings:

I did take shots all the way up to 1/4000, but the result was just too noisy for me because I had to crank everything up to offset the shutter; I think ideally I’d need some sort of lens filter to go that high on the shutter, I’m not sure. 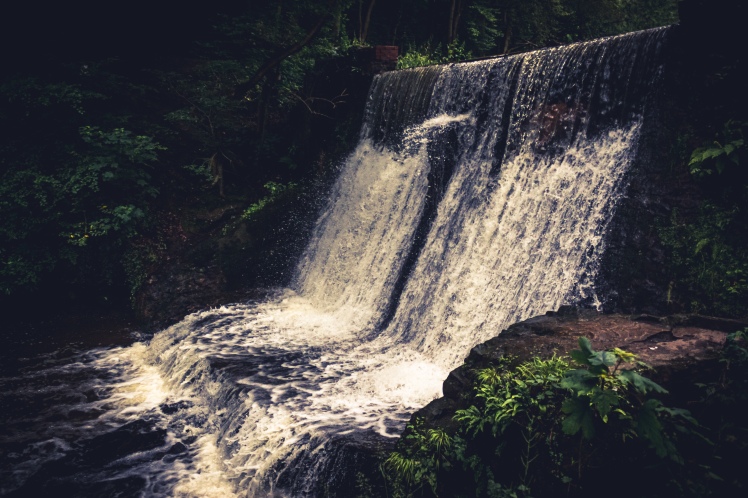 Then, going the other way again, a very similar frame but a longer exposure:

This shot has a real magic feel about it, I really like it. I’ve seen this waterfall a thousand times in my life, but photography has brought a whole new vision of it to my eyes. 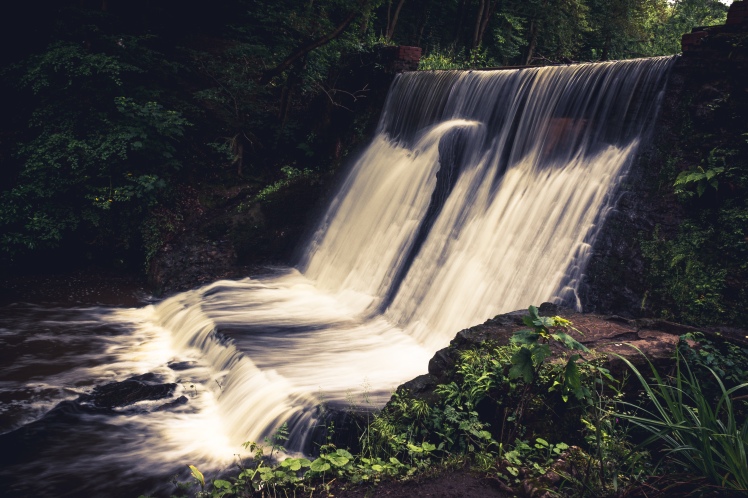 Learnings – I don’t think I can really chalk this one up as a failure, and I was thinking as I walked off (justifying it to myself) that I could easily be taking photos just for the sake of taking photos in general, not for my 365 adventure, and there is nothing wrong with that, is there?

Imagine that, me justifying taking more photographs than I “should”, to myself, alone in the woods; wherever will this journey take me next!