Well I didn’t catch any fish, I came pretty close losing one at almost bang on midnight, but it doesn’t matter, I really enjoyed it.

The place I was fishing is really special to me, it’s a place that has a seriously strong hold over me, and I treasure every moment I get to spend there.

I must admit, I was pretty low for an hour or so after losing the fish, but I got the rod back out on the same spot, and as I drifted back off to sleep I had that most precious thing, hope. 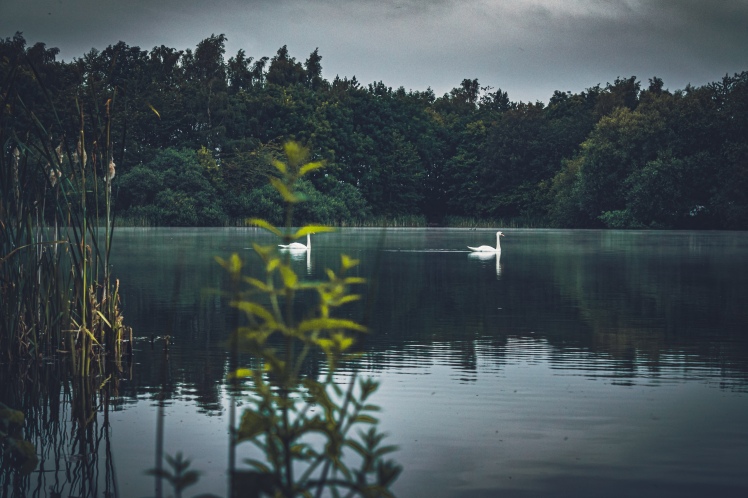 So, onto the little experiment! The first image is the same image as I took yesterday with my phone for post 194 “Open Air“, but taken with my camera; and for those interested the stats involved too.

I tried to keep the same angle, and edited as faithfully as I could to my normal style, given it was 100% on my phone.

Aside for the colours, that my camera has picked out much clearer, the main thing I feel is that the shot taken with my camera feels deeper, more substantial and has more detail held within it. I really like both to be fair, and it’s amazing the power we all have right in our pockets these days!

Those differences maybe down to the editing (phone v laptop), but I think largely it’s due to the sensor size and also that I save files I shoot in my camera as RAW files, which have roughly five times the data held within them compared to a standard jpeg.

Still, I think I’ll have a play with editing more on my phone, to see if I can get it nearer to my normal style; I think I just took the highlights too far to the warm side.

Learnings – quite aside from the experiment, which was really interesting, I did learn that trying to shoot wildlife is very hit and miss at times.

There was a mother moore hen visiting me regularly throughout my trip, and every time she came over I gave her a fish pellet; which she instantly took to her youngsters eagerly waiting at the side of the undergrowth.

Try as I might, I could not get a decent shot of her, she was so shy and so fast. The second I moved to get my camera or line up a shot, she was gone.

In the end I decided not to pursue the photograph, and just fed her and her chicks some pellets, I didn’t want to push it I’m sure she has enough on her mind!

I took loads of fishing photographs to, which was brilliant, two of my passions rolled into one. I’ll share some more over on Instagram.