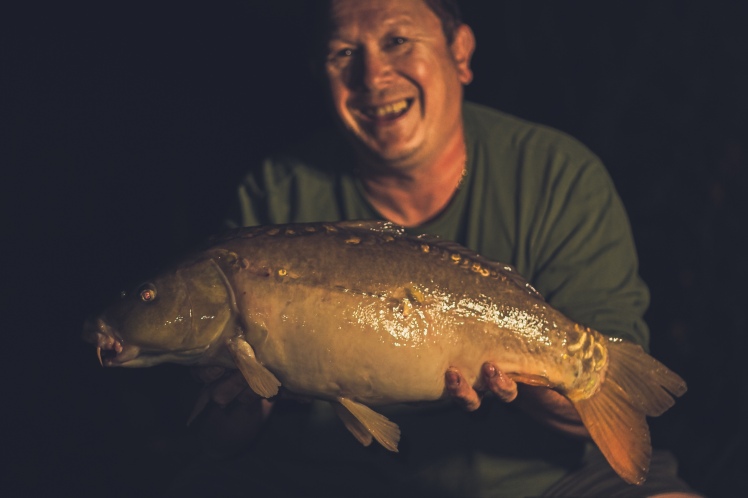 1am this morning, and my mate Barry is at my bivvy door asking for help with a photo, that can only mean one thing; he’s caught a fish!

Of course I jumped out and grabbed my camera gear, to help him capture the moment.

It’s impossible to describe, unless your an angler, but the feeling of your plan coming together when you catch your intended target, is unreal. Moreover, if you can share those moments with friends and family, the whole experience feels ten times better. 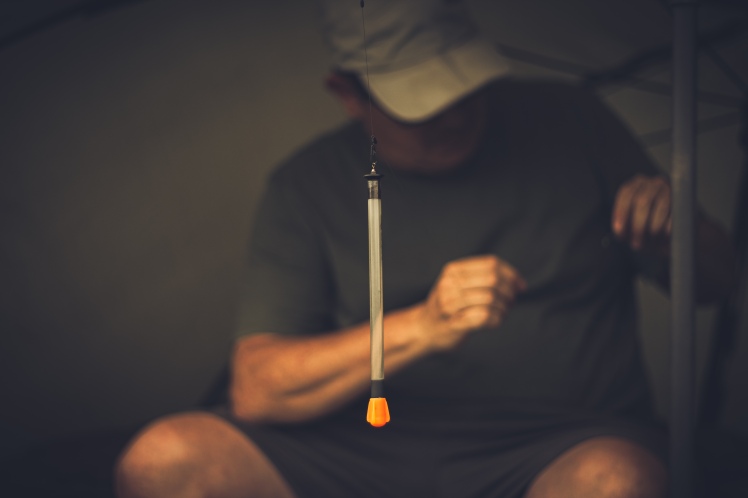 Barry had caught a load of fish during the day by the time we arrived mid afternoon, and our joint plan was to carry on fishing as he was, on the float through the afternoon, to catch some of the smaller fish, then we’d set our heavier duty year up for the night, with the hope of catching something bigger.

It was such a great day and night all round, and the girls especially loved it! Livvy has been out overnight with me before, but for Izzy this would be her first time fishing overnight. She’s really into her fishing too, and the moment she arrived she declared “I want to catch a fish”! And she did…. 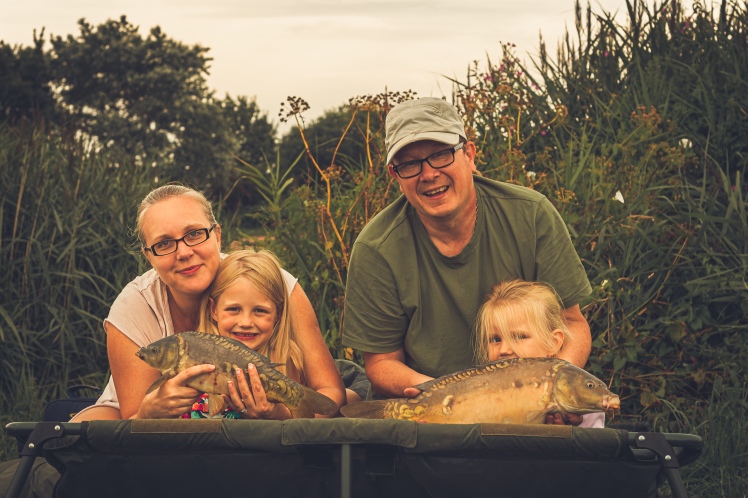 The night shots of Barry with his bigger fish were not only a great moment for me, seeing a good friend enjoy his prize, but it was also great to put the 50mm f/1.8 through its paces, in the near pitch black. I took the ISO up to 800, and kept the aperture wide open at f/1.8, and it captured the moment beautifully.

I took a few with a wider aperture too, to get Barry fully in focus along with his fish, but let’s be honest, he knows what he looks like, and it’s the fish that’s the memory he wants to remember; the photograph is for him to enjoy the most. So for me, the shots with the aperture at its widest, are the nicest. 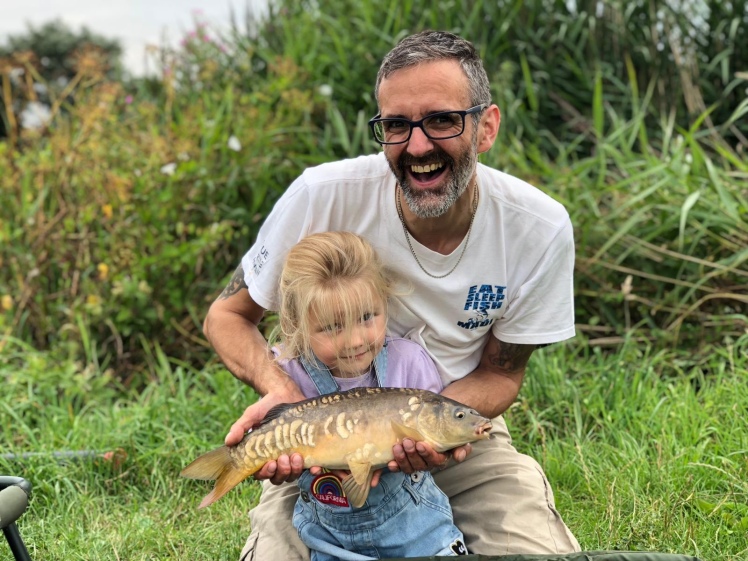 As well as being a top draw angler, Barry takes a cracking photograph too, and he has a real knack of capturing them incidental moments.

I love this one below, that I didn’t even know he’d taken; of me and Izzy relaxing by the lake, both lost in the magic of fishing. 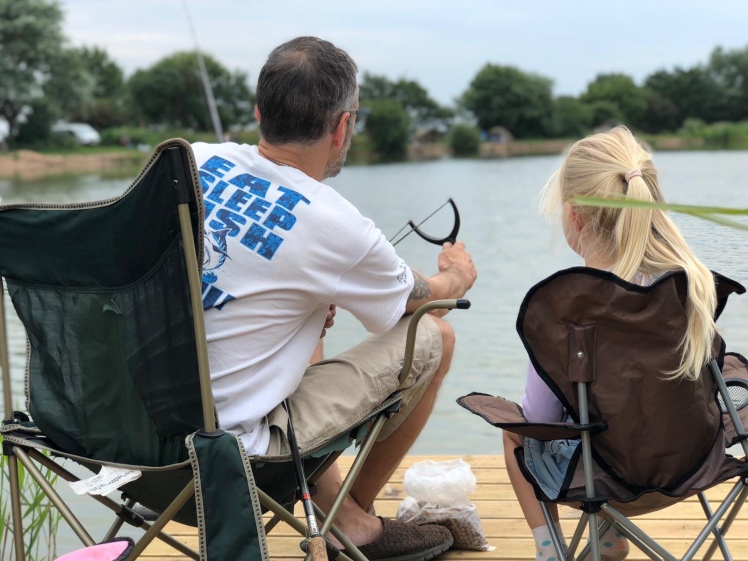 Not to be out done, Holly captured this wonderful moment where both Barry and I had a fish at the same time, and Izzy’s face just tells a thousand stories of wonder and amazement. 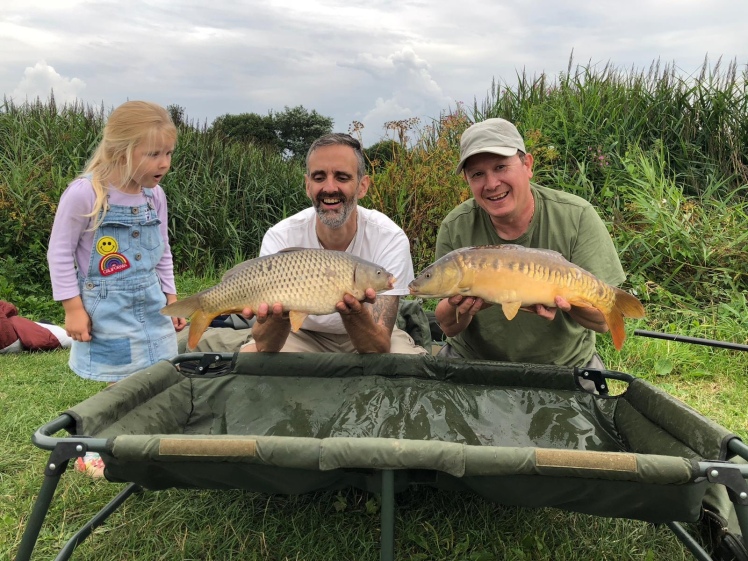 You cannot beat getting out doors on your own, but with friends and family, it is off the scale; and if it involves fishing, that’s is guaranteed to have everyone grinning from ear to ear!